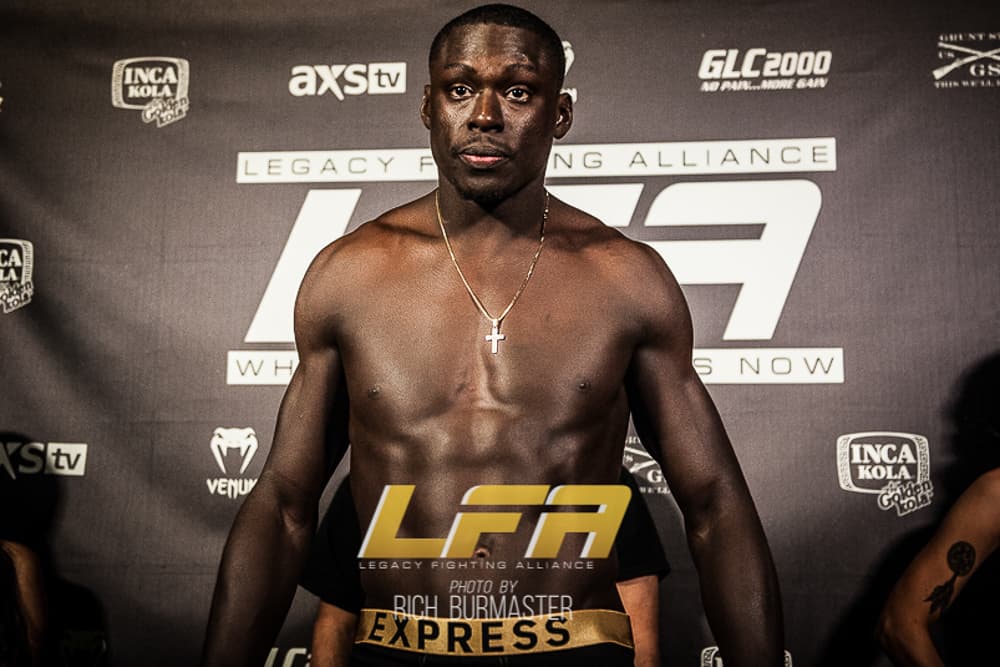 Curtis Millender is probably best remembered for his Bellator bout against Brennan Ward back in 2014. While Millender ended up losing that fight, he appears to be back on track after scoring a massive head kick knockout at LFA 30, his second head kick KO in a row.

Millender starched Nick Barnes on Friday night in a bizarre exchange. Barnes landed a leg kick, sweeping Millender off balance, but he threw up a head kick to put Barnes out cold.

See the knockout for yourself:

Millender won his last fight by headkick KO as well, finishing Matthew Frincu in 38 seconds of the first round in October. Barnes and Millender threw down during the main event Legacy Fighting Alliance 30.

Millender is now riding a six-fight win streak, with an overall record of 14-3.