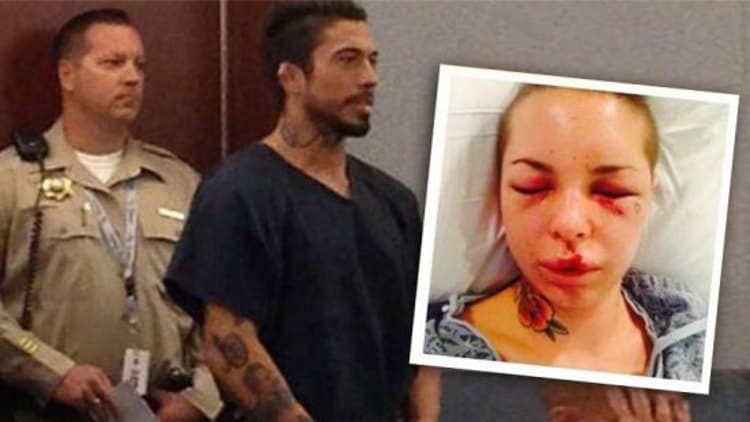 Former UFC and Bellator fighter Jon “War Machine” Koppenhaver has been convicted of 29 out of the 34 felony charges for the vicious assault on former girlfriend Christy Mack and her new boyfriend Corey Thomas.

War Machine, 35, was found guilty of the charges by a jury on Monday in Clark County District Court in Las Vegas — charges which could send him to prison for life without parole.

The former MMA fighter was convicted of assault, battery, and kidnapping, while theee of the charges ended in a not guilty verdict. He was found not guilty of two counts of attempted murder, which were the most serious of the charges levied against him.

War Machine will be sentenced on June 5 in Las Vegas.

In August 2014, Koppenhaver walked into Mack’s Las Vegas home and found her in bed with Thomas. Police records show that he attacked the man before setting his attention on to Mack, who was beaten to the point of having her ribs broken, her lung punctured by a broken rib, broken teeth, and other broken bones.

War Machine leaves behind a 14-5 record in MMA, having fought for the UFC and Bellator before the assault on Mack. He last fought against Ron Keslar in October of 2013, where he lost by technical submission in what will likely amount to be his last fight.