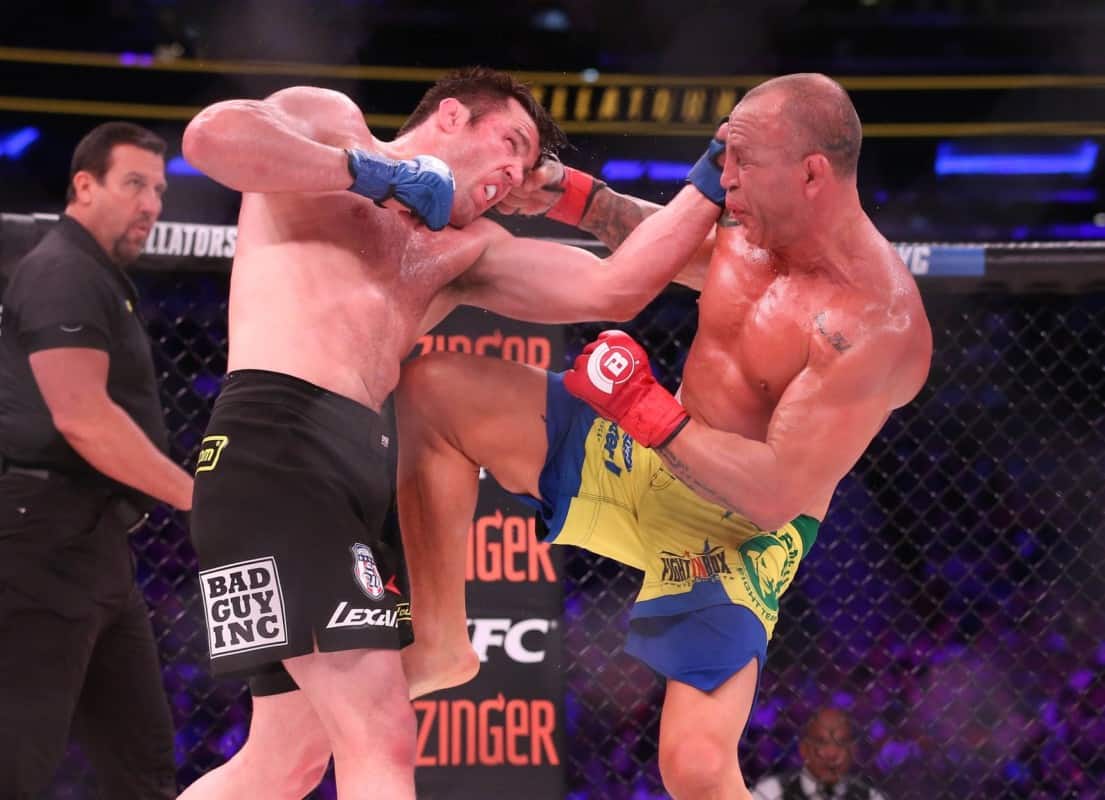 After years and years of build-up, bad blood and back-and-forth banter, Chael Sonnen and Wanderlei Silva finally settled their differences inside the cage this past weekend (June 24, 2017) in the main event of Bellator: NYC live on pay-per-view from the iconic Madison Square Garden in New York City.

The fight, however, didn’t go as planned for Silva, an aggressive striker, as he was controlled and dominated on the ground for the majority of the bout. “The Axe Murderer” wanted to make ‘the crowd go wild’ and ‘give them a show’, but Sonnen’s grappling-heavy style didn’t allow him to do so, which is why he was ‘mad’ after the bout:

“I was as mad at him as I was mad at myself. I wanted it to be a dog fight, thrilling, with guys being knocked down left and right.” Silva told Combate. “”The type of fight people are used to see Wanderlei Silva in. Unfortunately, my opponent wasn’t too keen on putting on a show, he wanted to smother and grapple me. I like to make the crowd go wild, give them a show. The few moments where he engaged me were the best moments. I came close to finishing the fight. I had the best moment of the fight. Because of the rules, I knew he had defeated me by points.”

Being 40-years-old and having not competed in over four years, Silva had his moments on the feet, although he didn’t see much success in the fight overall. Apparently the Brazilian slugger plans to continue his fighting career, however, and he expressed interest in a rematch with Sonnen in his native Brazil:

“I want the rematch bad, I want to show I can neutralize his gameplan and beat him. I’ll pursue it to the end. I’m getting ready for it, as a matter of fact. It might not be my next fight, but it’s bound to happen. Brazil has many venues. Here in Curitiba there’s the stadium where they hosted UFC 198. I’m sure that if Bellator ever comes to Brazil, this would be a nice place. And with Silva on the card, a packed house is guaranteed.”

Would you like to see the two veterans run it back inside the Bellator cage, or did Sonnen’s performance last weekend do enough to close the door on this rivalry?