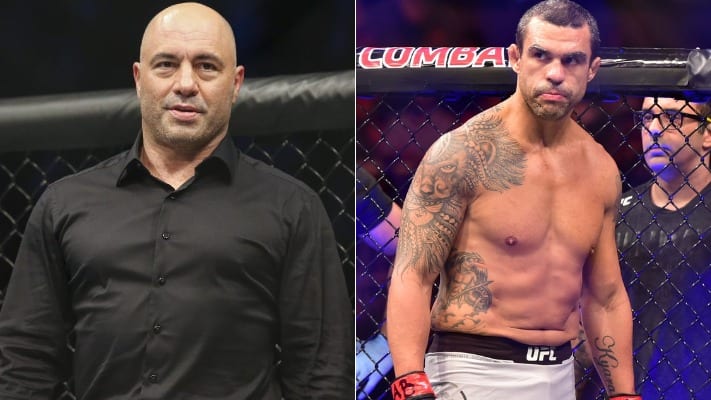 ONE Championship picked up another mixed martial arts (MMA) legend earlier this year when they signed former UFC light heavyweight champion Vitor Belfort to a contract.

The 42-year-old is expected to make his promotional debut soon, however, no news on an opponent or date has been made available as of this writing. However, that could change soon, as Belfort took to Instagram recently to address his debut. In fact, he invited longtime UFC commentator Joe Rogan to corner him for his debut fight.

Belfort posted a montage of Rogan praising ONE Championship on his Instagram page. He captioned the video by inviting Rogan to corner his debut fight, saying he’d love to have the longtime commentator’s knowledge in his corner:

“Joe Rogan and I made our UFC debuts on the same night. I became the youngest fighter to ever win a UFC ____, and Joe embarked on his incredible career as the voice of the UFC.

“We also share the same respect for ONE Championship. @yodchatri and his team @onechampionship are changing the game for fighters and fans. @joerogan, I would like to formally invite you to be my cornerman in my first ONE Championship fight. I admire your dedication to the sport, and I would love to have that knowledge, and that voice, in my corner.”

Do you think Rogan would ever consider cornering Belfort, or any other fighter, for a fight in another promotion?