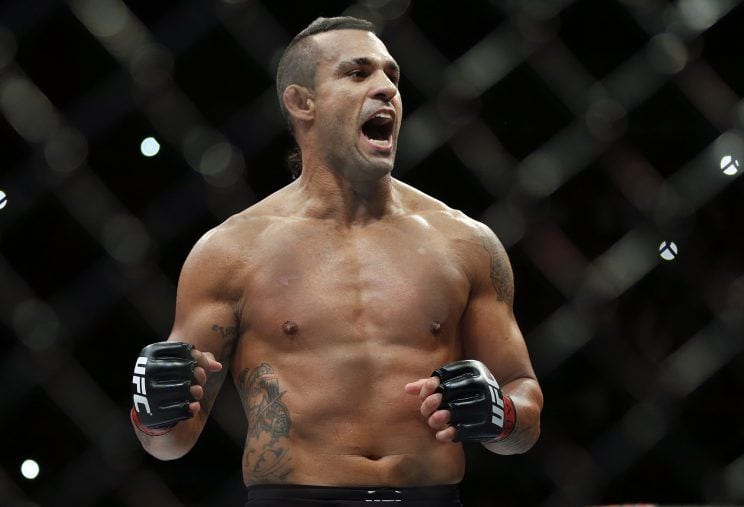 Former UFC light heavyweight champion Vitor Belfort has signed with Asian based MMA promotion ONE Championship, according to sources.

ESPN’s Ariel Helwani was the first to break the news via Twitter.

Vitor Belfort has officially signed with ONE, according to sources.

The news doesn’t come as much of a surprise.

Belfort fought out his UFC contract and had all but said he would not be re-signing with world MMA leader. Many fans and MMA personalities speculated that Belfort would end up in Bellator with many other former UFC greats. However, in the end, ONE Championship has landed “The Phenom”.

The 41-year-old Belfort has won just two of his last six fights. He most recently suffered a brutal front kick knock out at the hands of Lyoto Machida at UFC 224 last May.

He does still own the UFC record for knockouts with 12. ONE appears to think there is still life in the “Phenom.” Do you?