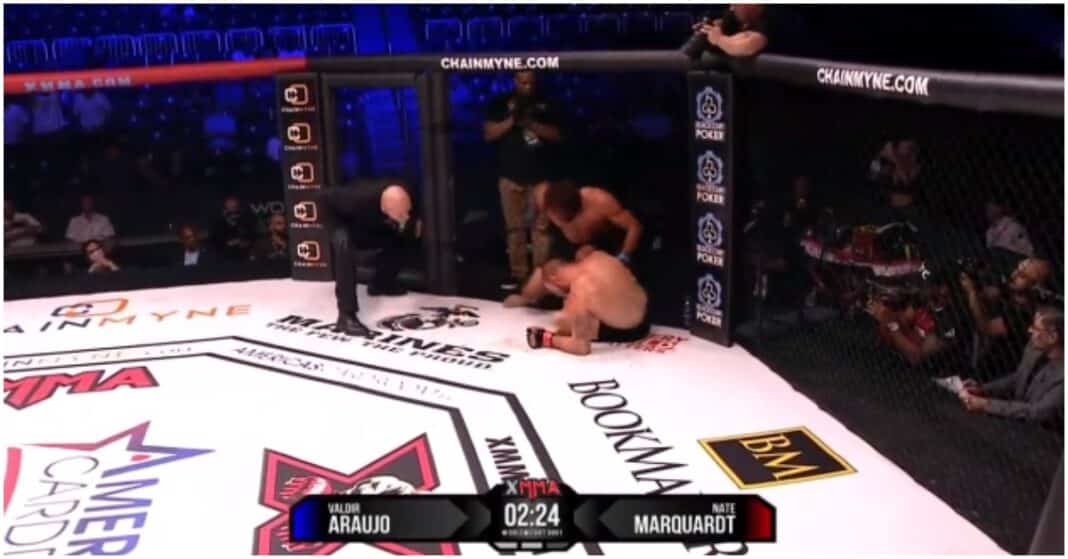 Nate Marquardt’s comeback was derailed last night when he squared off against Valdir Araujo at XMMA 3 in Miami.

The former Strikeforce champion was dropped early and survived a guillotine attempt before he got on top in round one. Marquardt unleashed some nasty ground strikes towards the end of the first frame that badly cut his opponent.

Despite entering round two with blood pouring from his face Araujo was able to close the show in impressive fashion. The Brazilian dropped Marquardt with a combination before following up on the floor to force the referee to wave off the fight.

Araujo improves his record to 18-9 and snapped a two-fight losing skid with what was undoubtedly the biggest win of his career. Marquardt drops to 36-20-2 with this defeat which is the UFC veteran’s seventh in his last 10 fights. Check out the finishing sequence below.

Do you think Nate Marquardt will retire after this defeat?