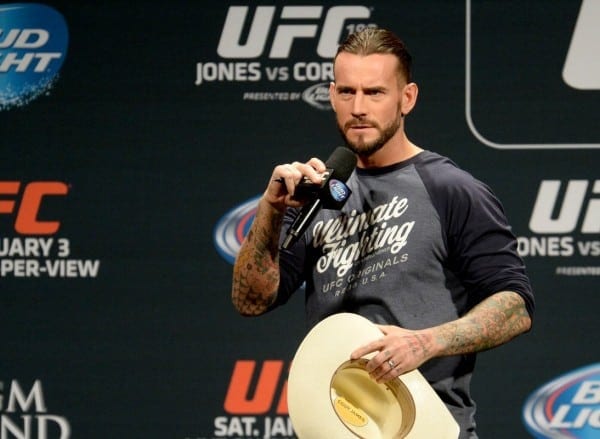 But at least one attendee of the session wasn’t impressed with Punk’s actual fighting ability, using his question slot to challenge Brooks to a fight and ignoring prompts for him to move on to the next fan.

Brooks responded with a not-so-professional retort that included the words, ‘I’m on the stage, b****! Get the f*** out!’ The short back-and-forth continued a trend of mixing it up with fans at these type of media events. For a soon-to-be-debuting (hopefully) fighter who doesn’t seem to like these Q&A sessions with his fans all that much, he certainly hosts a lot of them.

Should Brooks have kept it more professional? Watch the video right here and decide for yourself: