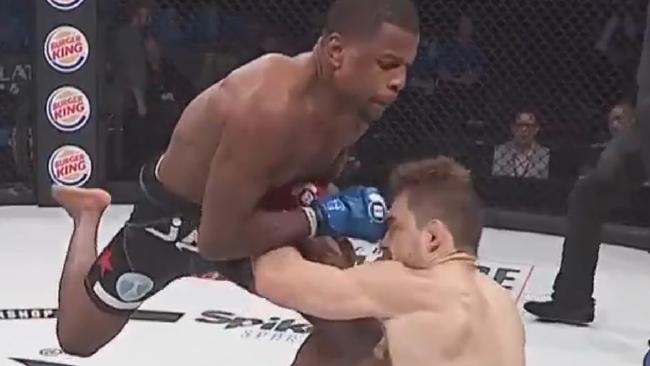 Most of the focus of the MMA world is understandably fixated on tonight’s UFC 217 from Madison Square Garden, but last night’s Bellator 186 from University Park, Penn., delivered a night of hard-hitting MMA action for fans.

But the best highlight reel of the event undoubtedly went to debuting fighter Tywan Claxton, who made as thunderous an MMA debut you could dream of when he knocked out Jonathan Bonilla-Bowman with a video game-esque flying knee that appeared to rise up from the depths of Hades.