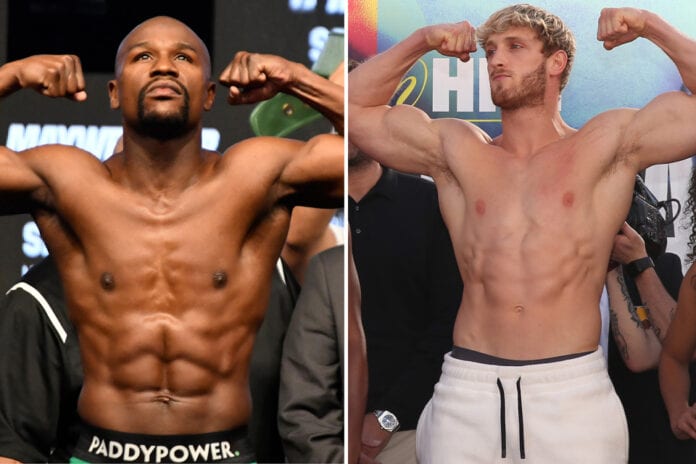 Former WBC Welterweight champion Victor Ortiz recently stated that he believes Logan Paul can cause Floyd Mayweather Jr. real trouble in their upcoming fight on the 20th of February and explains what sparring with Paul is like.

Speaking with MMA Fighting Ortiz said “holy crap” when speaking about how Paul knocked out three of his sparring partners. “Mind you, these are full-on professional boxers,” Ortiz stated. “I sat back in shock and awe. He was so composed and relaxed. He used his reach perfect – took a little step, hook down the middle, sleep. Night-night. My only complaint there is that he didn’t read him a bedtime story.”

“I know what I know, and I know what I see,” Ortiz said. “What I’m saying, in a sense, is that he will give Floyd trouble.”

Then Ortiz went on to talk about his relationship with Paul and the advice he offered him, “He’s a dear friend, and I believe in him, I’m telling you, it’s going to be an interesting fight. I’ve talked to him about Floyd a few times. … I give him the simple things: ‘Floyd is Floyd, but you’re unstoppable. You’re on another level.’ I strongly believe Floyd will have trouble. Logan can box, and he has power, reach speed, and he can move now.”

When asked about how fight fans have reacted to the fight Ortiz said, “I can absolutely see 110 percent why they would be upset, I can agree to a certain extent. But honestly, realistically, today’s society is about numbers. You can be one heck of a boxer, but if you’re not putting butts in seats, you ain’t getting paid.”

The 33 year old also believes that Paul is a bigger threat to Mayweather than UFC star Conor McGregor, “Conor couldn’t do nothing,” said Ortiz. “I don’t mean to speak bad. Conor’s a heck of a UFC fighter in the octagon, but he has no business in a ring, as opposed to someone like Logan – Logan learned in a ring. So his stuff is all standup. Everything about Logan is boxing, angles, moving, so it’s two different worlds. I couldn’t tell you what someone like Logan or myself could do in an octagon, but stick to what you know. And Logan, he knows boxing right now.”

“McGregor’s a hell of a boxer, I’m a huge fan of McGregor. I’ve always pulled for Conor, except for when he fought Floyd.” Ortiz said, “Floyd shut it down when Floyd was done playing. He said, ‘OK, I just gave the world a show. I’m going to put you night night.’ Did he catch him a couple of times? Absolutely. It’s a fight, for god’s sake. But Floyd was going to shut it down when Floyd wanted to.”

Talking about the fight itself Ortiz talks about how Mayweather sees it, “[Mayweather] found a YouTuber – that sounds easy enough for a 20-time world champion, alright, let’s beat him up. But what I’ve been watching and seeing is a YouTuber gone professional boxer who puts in hours and hours of work studying films. He’s very disciplined, and he’s working his butt off, and he listens. He has a heck of a coach [in Milton Lacroix] who’s very knowledgeable and very experienced. I believe it’s a dangerous combo.” He then goes on to say, “from what I see at the gym, I can honestly say Logan can probably hit harder than [Mayweather], now, who’s more accurate? We’ll see Feb. 20.”

Ortiz previously faced Mayweather in 2011 and lost via KO in the fourth round. When speaking about their fight Ortiz said “I literally had my hands down in front of him, and I took four straight rights in the middle of the ring [I said], ‘C’mon champ, show me how hard you hit.’ I took them flush in the mouth. Which one dropped me and which one ‘knocked me out?’ When I was looking outside the ring, waiting for a time-in, he went back to the corner, ran up, unloaded a right. My three-year-old could drop me, too, if I wasn’t looking.”

Do you think Logan Paul has a change against Floyd Mayweather Jr?