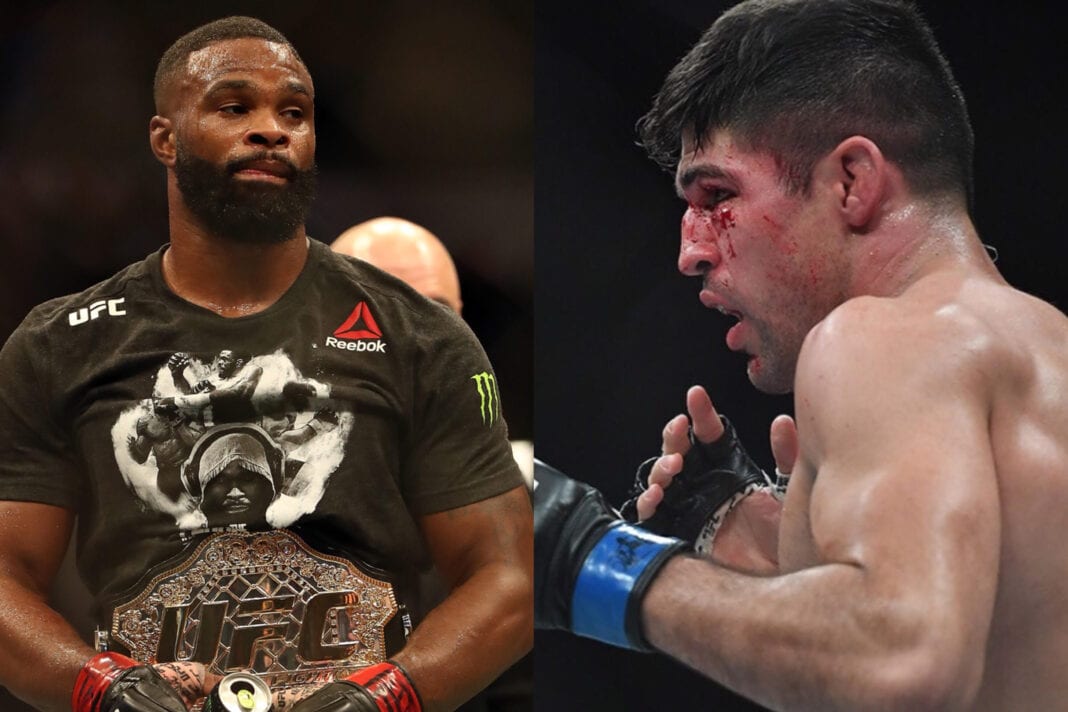 Vicente Luque will not be underestimating Tyron Woodley one bit.

Luque takes on the former welterweight champion in the co-main event of UFC 260 which takes place Saturday at the Apex facility in Las Vegas.

For Luque, it’s not only a chance to earn arguably the biggest win of his career, but also climb up further up the welterweight ranks as he currently rides a two-fight winning streak.

Oddsmakers believe he will do it as well as Woodley is on the worst stretch of his career with three straight defeats including losing his last 14 rounds of competition.

That said, Luque still believes Woodley can be dangerous.

“This is a great fight,” Luque told MMA Junkie. “It makes sense for this bout to happen now. Woodley is an ex-champion. He’s not in a good spot right now, but he remains highly dangerous. He has several great wins in his career, and I’m on a new winning streak. I’m hungry to get a title shot.

“Both of us have something to prove. He wants to be champ again, and I want to prove that I can also get there and be one of the most dominant fighters in our weight class. I believe now is the ideal time for this fight. Fans should not miss this one.”

Luque has won eight of his last nine outings. His only defeat in that run came at the hands of Stephen Thompson who denied him an opportunity to crack into the top five.

However, the Brazilian is viewing that as a learning experience as he has quickly rebounded with two impressive wins and will look to make it three this weekend.

“Now I’m coming off two good wins,” Luque added. “Before that, I lost a decision to Stephen Thompson. I learned a lot about sticking to a strategy. I made mistakes against Thompson, mainly in the second and third rounds. I ended up not doing things in the fight which we had planned for.

“It was a big learning experience. I was able to apply those lessons during the rematch against Niko Price, and especially against Randy Brown. I had good results because I followed our gameplan. There were lessons I needed to learn. Now I’m back to my winning ways. I’m looking forward to another great fight.”