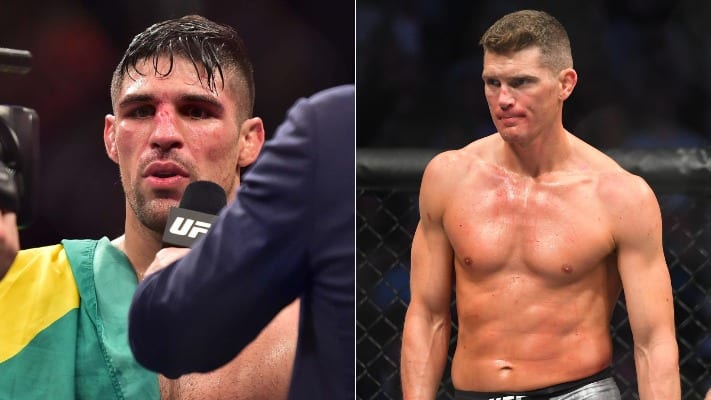 Luque bested Mike Perry on the judges’ scorecards after a three-round war. Both men took big damage during the bout, but especially Perry, who had his nose mangled after a nasty knee. After the win, Luque got on the mic and called his shot for his next fight. The Brazilian called for a bout with former title challenger Stephen “Wonderboy” Thompson. (via BJPenn.com)

“I’ve done four fights in less than 12 months now, and I think I’ve proved my point,” Luque said. “I’m ready to fight anybody in the top 10. I know ‘Wonderboy’ doesn’t have a fight lined up right now. I’m up to it in November, December, whenever he wants to. I’m up to go there and throw down with him.”

Calling out Thompson was a good strategy by Luque. “Wonderboy” is one of the biggest names in the division and a two-time title challenger. He comes off a knockout loss to Anthony “Showtime” Pettis, the first of his mixed martial arts (MMA) career.

Should he accept a bout with Luque, he’ll be stepping back into the cage with another proven finisher.

Do you want to see a fight between Luque and Thompson next?