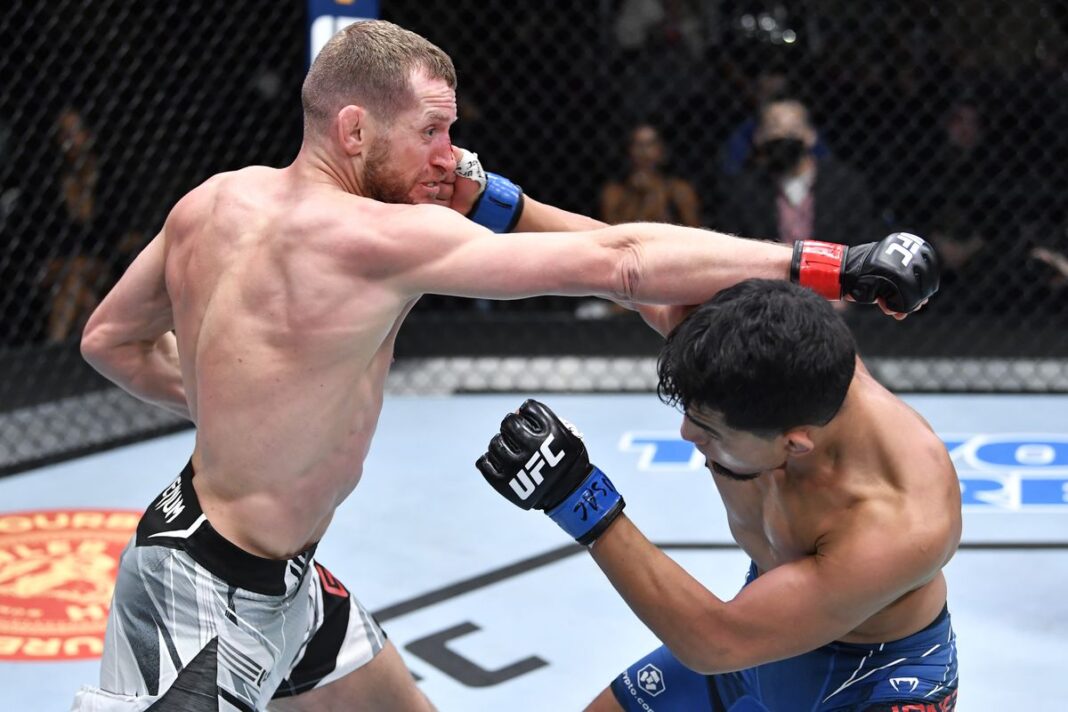 The UFC Vegas 43 bonuses last night came as no surprise. Adrian Yanez and Davey Grant put on a striking clinic in their bantamweight fight to open the main card and was deservedly the fight of the night as Yanez won a close one via Split Decision (27-30, 29-28, 29-28).

In what was undoubtedly the performance of the night, Taila Santos put on the rear naked choke and tapped out Joanne Wood in a Women’s Flyweight fight in the middle of the main card. It was the most impressive performance for the 10th ranked Santos, tapping out the 5th ranked Wood. Santos will take a major jump in the rankings this week after such an impressive performance.

All 3 fighters took home an extra $50,000 for their performances.

Other noteworthy performances last night included Ketlen Vieira’s Unanimous Decision victory over Miesha Tate in the main event. Welterweight Sean Brady got the biggest win of his career, extending his record to 15-0 and 5-0 in the UFC by out grappling the 6th ranked Michael Chiesa. Expect to see Brady move into the top 10 this week.