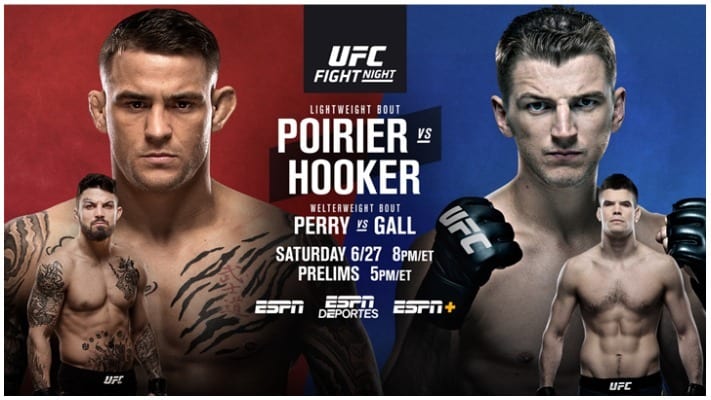 Dustin Poirier and Dan Hooker collided in a back-and-forth war at UFC Vegas 4 on Saturday night.

Poirier and Hooker headlined the UFC’s last show at the Apex facility for the near future and it certainly lived up to the hype with brawling, wrestling, submission attempts and grappling exchanges throughout the 25 minutes of action.

In the end, Poirier was the one who came out on top as he earned the unanimous decision verdict to return to the win column. Both fighters were transported to the hospital after the fight.

Unsurprisingly, the bout earned Fight of the Night honors as both fighters will take home an extra $50,000 for their efforts.

Meanwhile, Julian Erosa earned a Performance of the Night bonus for his win over Sean Woodson in his UFC return as did Kay Hansen who got the submission victory in her promotional debut over Jinh Yu Frey.

Do you agree with the bonuses?