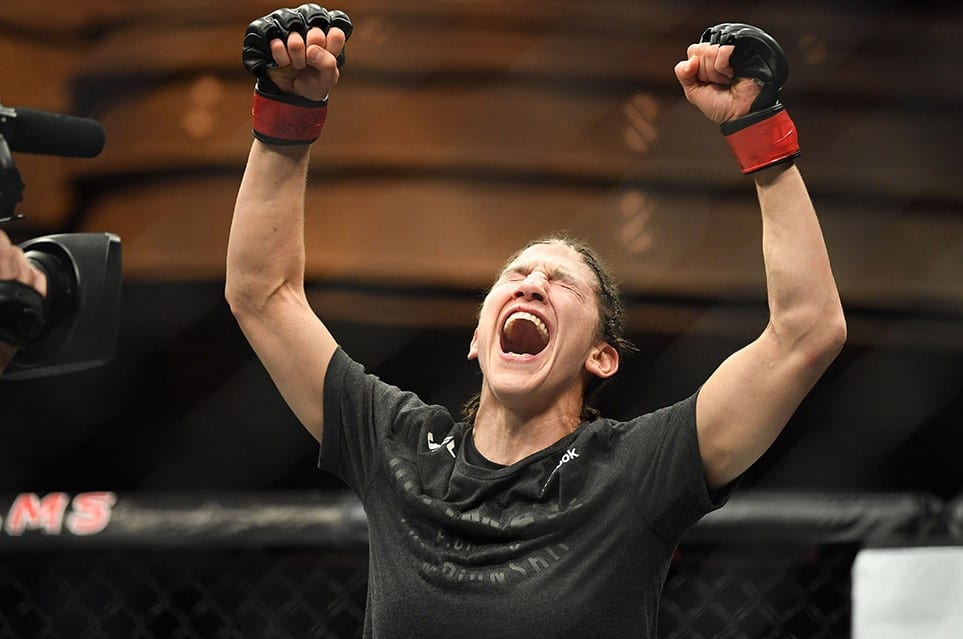 UFC St. Petersburg will keep the main card rolling with a women’s flyweight bout between Antonina Shevchenko and Roxanne Modafferi.

As always, Lowkickmma will have you covered with all the results from UFC on ESPN+ 7 in Russia as they happen.

Antonina, 30, is the older sister to UFC women’s bantamweight champion, Valentina. “The Panther” (7-0) will make her second walk to the Octagon in Russia. She is the highest betting favorite on the night with -350 [Bovada]. As for Modafferi (22-15). “The Happy Warrior” will make the walk to the Octagon for the fifth time in her UFC career. She will look to get her hand raised for just the second time against a Shevchenko sister.