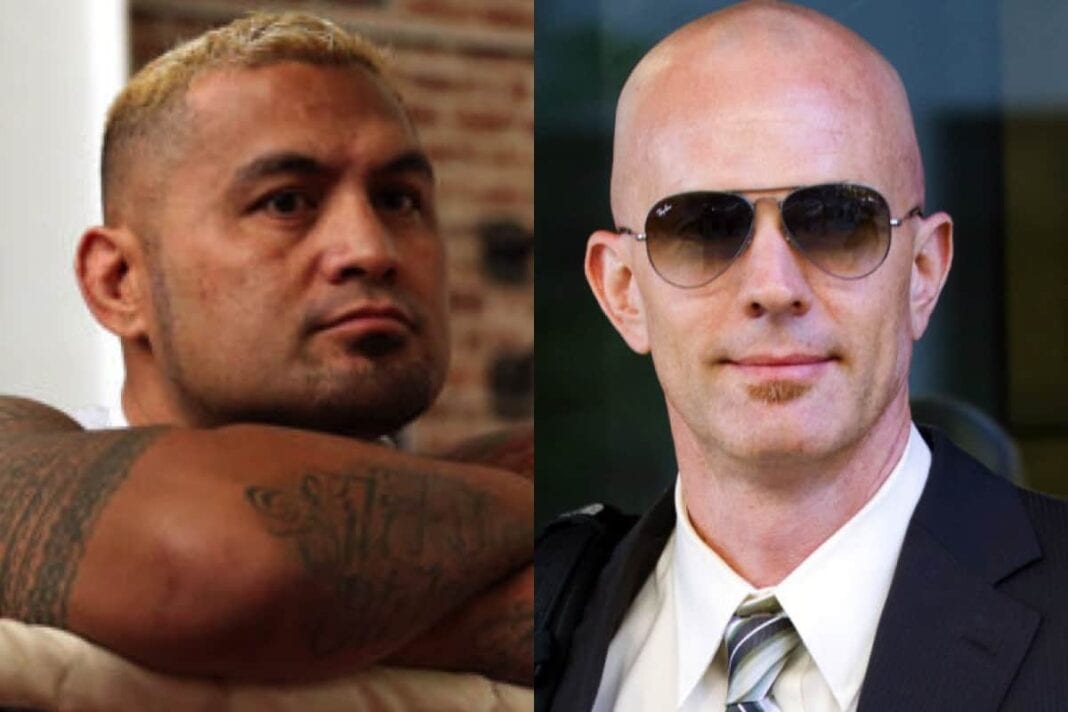 Heavyweight fan favorite Mark Hunt drew the attention of the entire MMA universe yesterday (Mon., July 25, 2016) when he went off on the UFC in a profanity-laced tirade about Brock Lesnar’s in and out-of competition drug test failures before and after UFC 200.

Dragging his employer’s name through the mud to The MMA Hour host Ariel Helwani, Hunt discussed a myriad of topics like organizing a fighter union, wanting half (and then all) of Lesnar’s record purse, and his considering legal action for the UFC’s willingness to have him fight an opponent who was on performance-enhancing drugs.

It’s easy to understand why “The Super Samoan” was upset, as steroids and PEDs have arguably been the hottest topic in the sport since USADA was enlisted to clean up fighting in 2015. There are obviously legitimate concerns for fighter safety and health with so many fighters now being proved to be on one substance or another, and the the fact that special circumstances were implemented to get Lesnar into the Octagon on short notice after Conor McGregor was pushed off of UFC 200 only make it worse.

Some felt Hunt would be fired for his outburst, but ESPN.com has reported that quite the opposite is the case:

“A UFC official told ESPN.com that Vice President of Athlete Health and Performance Jeff Novitzky had “a lengthy conversation with Hunt” on Monday and that dialogue was “positive.”

According to the official, the conversation was to “address Hunt’s concerns with Lesnar’s potential anti-doping violation, as well as the results management process related to the case.”

In response to Hunt’s concerns regarding the time frame in which the UFC knew of Lesnar’s potential violation, the official adamantly denied any knowledge prior to July 9.”

That’s a bit of a vague description of the conversation and what exact issues were addressed, so even though the UFC denied any and all knowledge of Lesnar’s pending failure form the June 28 test beforehand, that isn’t going to change the fact that USADA needs to find out and inform the UFC of any pertinent results before an event takes place, not after the fact when a fighter was put in danger, pay-per-views were sold, and it just doesn’t matter.

Hunt did not respond to questions surrounding the reported talk with Novitzky, and it’s a difficult scenario to imagine that “The Super Samoan” – who’s fought three opponents found to have been on PEDs in recent years – has cooled down from his epic outburst of only yesterday.

Is there anything the promotion can do to make it right with their popular Australian slugger, or do they simply not care as Hunt suggests?