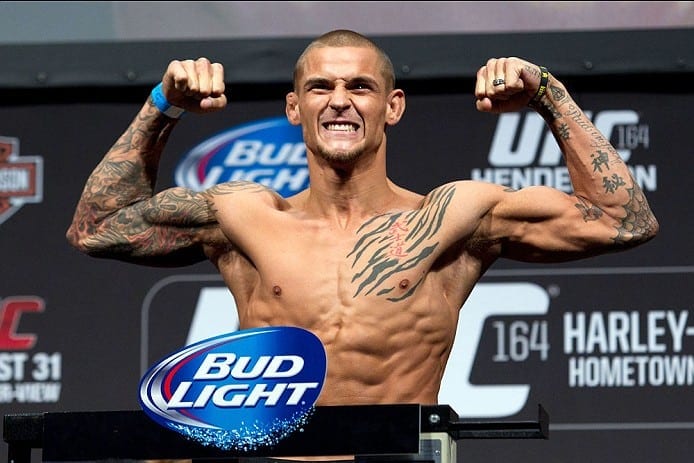 After the all-out chaos of last weekend’s UFC 223 in Brooklyn, New York, the UFC will return to ‘normal’ with just a few explosive fist fights at this weekend’s (Sat., April 14, 2018) UFC on FOX 29 from the Gila River Arena in Glendale, Arizona.

In the main event, exciting lightweight sluggers Dustin Poirier and Justin Gaethje will meet in what should be an exciting battle set to inch the winner closer to title contention. In the co-main, former interim welterweight champion Carlos Condit will meet short-notice replacement Alex “Cowboy” Oliveira, while the main card will also feature a match-up of two touted middleweight prospects in Israel Adesanya and Marin Vettori.

The fighters stepped onto the scales at today’s early weigh-ins, so now all that’s left is for them to square off at the ceremonial weigh-ins. Watch them live at 8 p.m. EST right here: