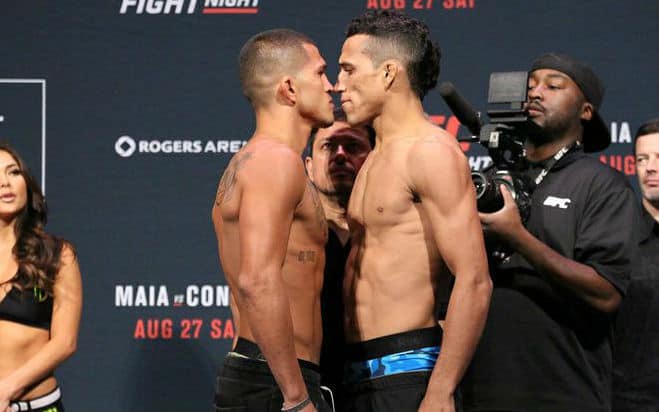 The main event of this event was a welterweight clash between Carlos Condit and Demian Maia while the co-main event was a featherweight bout between Charles Oliveira and Anthony Pettis. Rounding out the card was Bec Rawlings vs. Paige VanZant in a women’s strawweight bout and Joe Lauzon vs. Jim Miller in a lightweight bout.

The previous low for UFC events on big FOX was 2.04 million viewers on July 27, 2013, an event headlined by a Demetrious Johnson‘s flyweight title bout with John Moraga. To the UFC’s credit, they went up against stiff competition (NFL Pre-Season games).

The UFC returns to this weekend but not on network TV as UFC Fight Night 93 will air on the promotion’s streaming service, UFC Fight Pass.