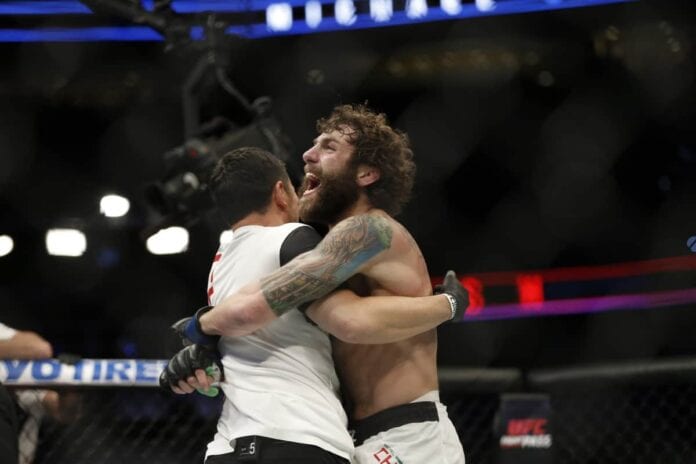 With a well-versed mix of brawls, knockouts, and submissions at tonight’s (Sat., April 16, 2016) UFC on FOX 19 from the Amalie Arena in Tampa, Florida, a few select fighters separated themselves from the collective pack by taking home a coveted $50,000 bonus at the event’s post-fight press conference.

The first ‘Performance of the Night’ award went to Glover Teixeira for his surprisingly one-sided first round knockout of former champion Rashad Evans. Teixeira will go home with the much deserved award and could be headed for ahuge showdown with Anthony “Rumble” Johnson next.

The second “Performance of the Night” went to previous No. 14 lightweight Michael Chiesa, who submitted rising No. 7-ranked Beneil Dariush for the biggest win of his career in the featured prelim bout.

Finally, “Fight of the Night” went to Elizeu Zaleski dos Santos vs. Omari Akhmedov in the opening bout of the Fight Pass preliminary card, which dos Santos took home with an emphatic third round TKO.