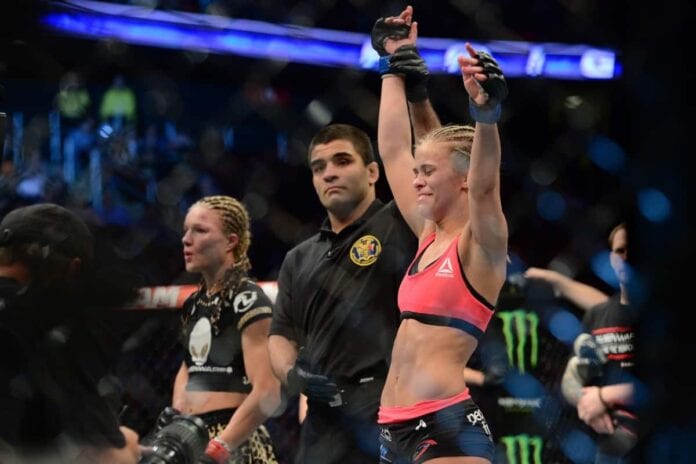 Criticized for being undeserving of the massive attention she gained with her Reebok endorsement deal, 21-year-old women’s strawweight Paige VanZant put on a silencing performance at tonight’s (Sat., April 18, 2015) UFC on FOX 15 from the Prudential Center in Newark, New Jersey, by battering former No. 6-ranked veteran Felice Herrig with a smothering display of heart and will under fire.

With only five mixed martial arts (MMA) bouts to her name heading into the bout, Herrig was the main opponent of VanZant’s supposedly over-inflated hype train. But “12 Gauge” proved that she had the skills to match her popularity and beauty, outclassing The Ultimate Fighter (TUF) 20 alum with a vicious barrage of ground and pound.

The win should put VanZant into the Top 10 of a very much still-developing division, and that’s when her true work will begin. Watch the highlights of her telling victory over Herrig right here: