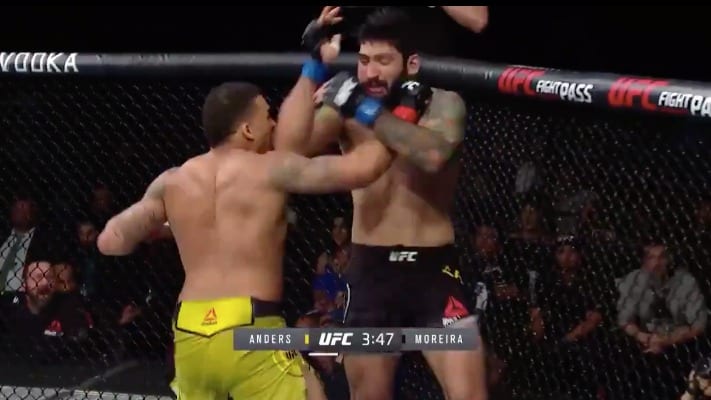 What a card UFC Minneapolis has turned out to be thus far. Eryk Anders continued the trend of finishes as the preliminary card draws near it’s end, knocking out Vinicius Moreira in the first round of their light heavyweight matchup.

Anders came out and landed some bombs clean on Moreira’s chin, dropping him to the canvas. The former college football player followed up with some vicious ground-and-pound, even getting in a few unnecessary shots on what looked to be an already unconscious Moreira due to poor officiating, to pick up the finish.

Check out the impressive knockout here:

Our coverage of UFC Minneapolis rolls on throughout the night. Follow along with us at this link here.