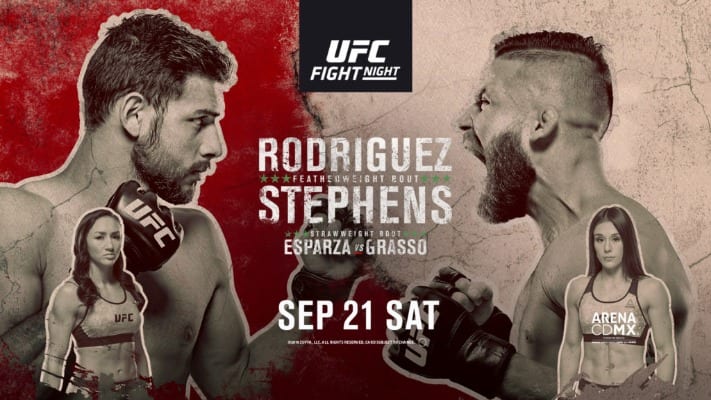 In the main event of the night, Yair Rodriguez meets Jeremy Stephens in featherweight action. Both men are sure to put on a show, as they’re proven finishers on the feet. Also, in the co-main event, Carla Esparza takes on Alexa Grasso at 115 pounds. The Las Vegas-based promotion has compiled a great card for MMA fans to enjoy.

Check out LowKickMMA’s UFC Mexico City results below. Also, be sure to follow along with us on Twitter @LowKick_MMA.