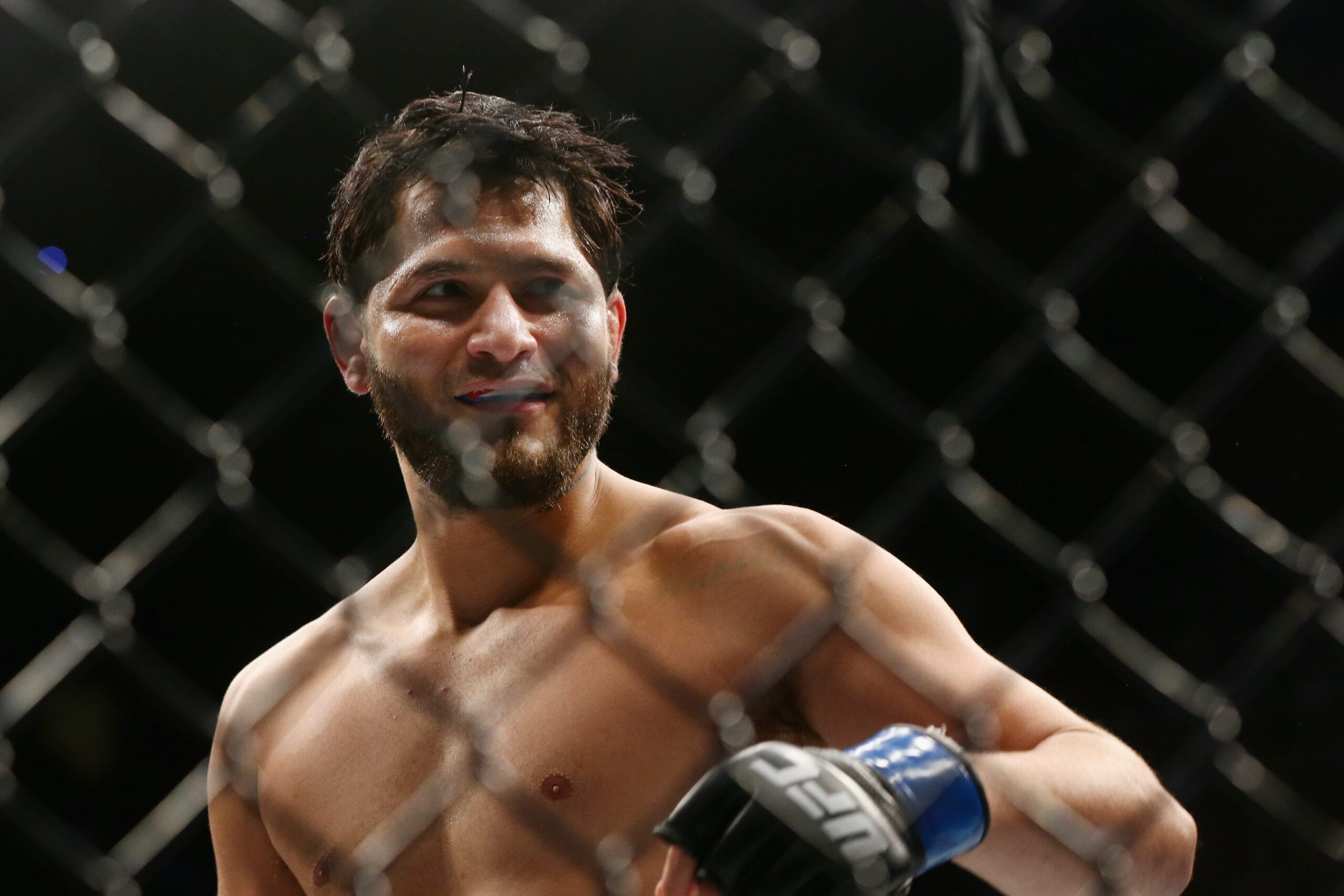 Liverpool’s Darren Till will meet Jorge Masvidal in the main event of the evening in a pivotal welterweight showdown at UFC on ESPN+ 5.

As always, LowkickMMA will have you covered with all the results from UFC London as they happen.

Till (17-1-1) will look to rebound from the first loss of his career after suffering a beat down from then-welterweight champion Tyron Woodley. As for Masvidal (32-13). A true veteran of the sport, “Gamebred” earned his stripes street fighting on the mean streets of Miami, Florida. Although he is coming off of two straight losses, Masvidal is always dangerous.

Masvidal rushes the center and kicks Till’s groin on accident. Till floors Masvidal with a straight left hand. Till looks to take control on top but Masvidal gets back to his feet. He cracks Till with a right hand. Masvidal throws a hard kick to the body of Till, the Brit takes Masvidal down. A couple of hard leg kicks landed by the American. Till looks to be measuring Masvidal. He lands a left hand and forces Masvidal back up against the fence. Masvidal throws a looping right hand. Till follows with a winging left hook. The American moves forward and lands a one-two. Till throws a left hand. He lands a hard leg kick as the round ends.

Till puts pressure on Masvidal right away here in round two. Masvidal counters with a right hand that catches Till’s attention. The American scores a takedown and looks for a takedown but Till defends nicely and gets back to his feet. Till muscles out and takes control of the cage. Both men miss leg kicks. Till doubles up the jab and Masvidal answers with a solid body kick. Masvidal dips and lands a sweeping left hand that sends Till’s unconscious body to the canvas. Masvidal lands another right hand on the way down for good measure.

Jorge Masvidal defeats Darren Till via KO (punch) at 3:05 of round two