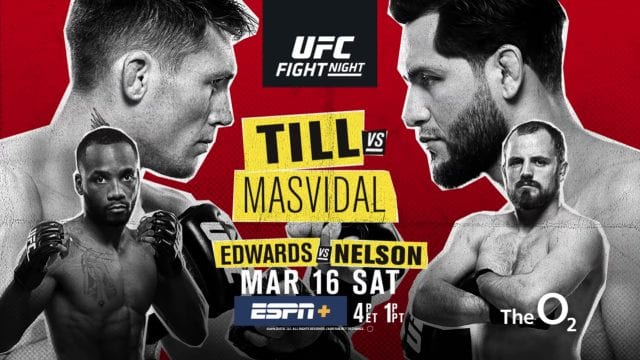 In the main event, former UFC welterweight title challenger Darren Till faces Jorge Masvidal. “The Gorilla” comes off the first loss of his mixed martial arts (MMA) career. He was defeated by Tyron Woodley at UFC 228 in Dallas, Texas. Woodley submitted Till in the second round with a D’arce choke.

Till welcomes back Masvidal, who hasn’t fought since his November 2017 unanimous decision loss to Stephen “Wonderboy” Thompson at Madison Square Garden.

Now, they main event the UFC’s return to London, England. Check out the full fight card, start time, and information on how to watch the event here: