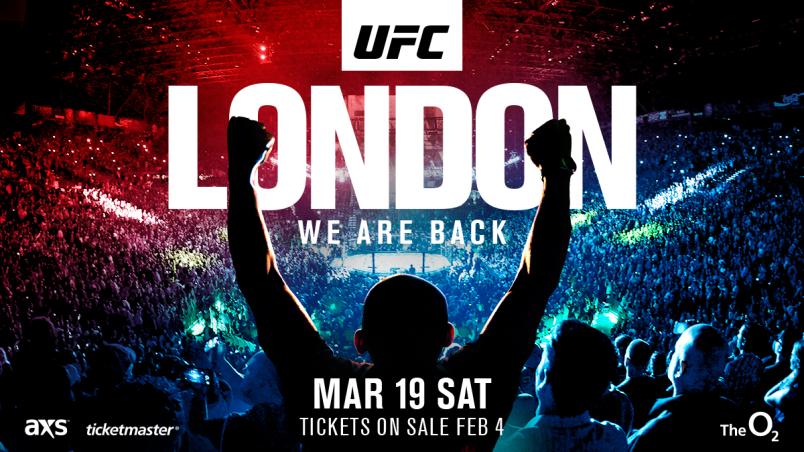 For months it has been rumoured that a UFC London card was in the works for 2022 but until recently fans were forced to impatiently wait for an official announcement. Eventually, that came, and it confirmed that the MMA leader will return to the English capital on March 19 for a show stacked with the best British talent.

Darren Till was the last man to headline for the UFC in London and was expected to do so again three years on from his devastating KO loss to Jorge Masvidal.

It appears ‘The Gorilla’ is still healing up from his latest injury setback and will not make the card so has handed the reigns to his teammate, Tom Aspinall.

The #10 ranked heavyweight was originally set to take on Shamil Adurakhimov on the undercard but the UFC instead chose to pair the Wigan-based prospect with the much more experienced and higher ranked Alexander Volkov in the main event of the evening.

Aspinall will surely be the underdog for the first time in his UFC career but we think he’ll get it done and will be backing him to do so at sports betting UK. It’s a huge step up for Aspinall in his first fight in front of fans since joining the UFC. The UK fight fans certainly aren’t complaining about this heavyweight showcase headlining the UFC’s long overdue return to Britain.

Before that, we have another fight that is just as enthralling as the main event.

Allen is riding an impressive eight-fight win streak and seems destined for big things in 2022. ‘Almighty’ has beaten the likes of Gilbert Melendez and Sodiq Yusuff during his perfect UFC run.  He’ll be hoping to add another high-profile win to his resume in March.

It’s the perfect fight for Allen to prove himself against a popular fighter in a lofty position of one of the most important cards of the year. If he gets through this fight Allen is perhaps just one or two more wins away from a title shot.

Hooker ended his lightweight run with a record of 8-4. The New Zealander is currently on a run of poor form, losing three of his last four fights. Hooker’s last two losses have been particularly devastating as they have come via first-round stoppage to Islam Makhachev and Michael Chandler.

At flyweight, we have two of the hottest prospects in MMA making their UFC debut on March 19. Muhammad Mokaev and Jake Hadley are about to take the 125lb division by storm but first, they must get by Cody Durden and Allan Nascimento in their respective promotional debuts.

‘The Baddy’ burst onto the world scene last with an impressive KO win in his UFC debut. Pimblett quickly become a star in the States and will now be determined to keep the hype train going in front of a native crowd in a couple of months’ time.

McCann, who trains with Pimblett at Next Generation in Liverpool, is also looking to keep her good form going. Last time out, ‘Meatball’ beat Ji Yeon Kim in the Fight of the Night at UFC Vegas 36, snapping a two-fight winless run that left her fighting for her UFC future.

Jack Shore is creeping closer to the bantamweight 15 and is determined to crack it in 2022. The undefeated Welsh prospect is hoping he’ll one day headline in Cardiff but for now he’s happy fighting fairly close to home.

There really are too many great fights and fighters competing at UFC London to highlight individually. So, take a look at the full card for March 19 below.

What fight are you most looking forward to watching at UFC London?