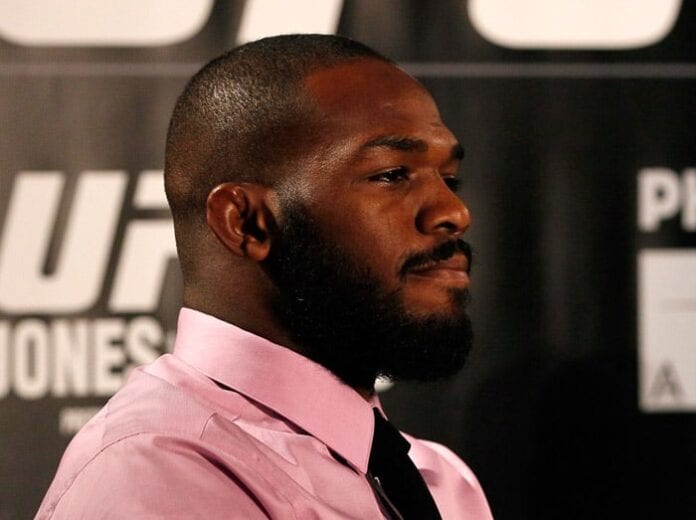 As Rory broke the news earlier, former UFC light heavyweight champion Jon Jones was alleged to be involved in a hit and run car accident back in April of this year. A crime that resulted in the UFC stripping him of the light heavyweight title and suspending him indefinitely.

Jones was in court on Tuesday, September 29th, 2015 and plead guilty to one felony count of leaving the scene of a crash, which resulted in Jones being convicted of a 4th-degree felony.

The judge has granted Jones a conditional discharge, but will receive no jail time or any fines. He will have supervised probation for up to 18 months.

The judge ordered Jones to make 72 appearances as part of his probation.

Both Jones and the UFC has issued statements on the ruling.

“With regards to today’s decision made by the court, I am very happy to now be able to put this incident behind me. My actions have caused pain and inconvenience in the lives of others and for that I am truly sorry and I accept full responsibility. I have been working hard during this time away from my sport to grow and mature as a man and to ensure that nothing like this happens again. I have learned a great deal from this situation and I am determined to emerge a better person because of it. I apologize to those who were affected by my actions in this incident and I am hopeful that I will be given the opportunity to redeem myself in the eyes of the public, my family and friends as well as my supporters. I am not sure what the future holds for me but I plan to continue to do the work needed to be productive and successful in every aspect of my life. “

Here is the UFC’s statement:

“”The UFC organization is aware that Jon Jones reached a plea agreement with authorities in Albuquerque, New Mexico this morning stemming from charges associated with a motor vehicle accident earlier this year,” UFC officials said. “As a result, UFC, through Las Vegas-based law firm Campbell & Williams, will thoroughly review the agreement before discussing Jones’ possible reinstatement to return to competition.”