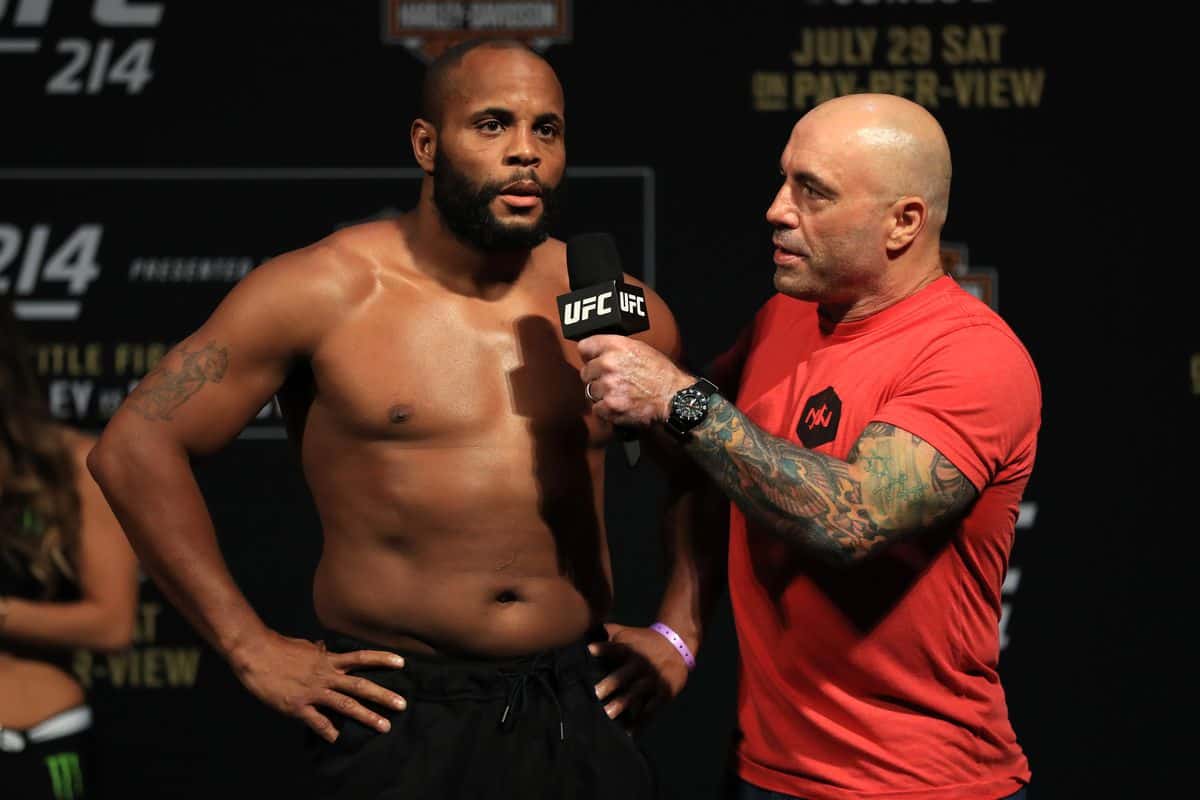 One fighter who competed at UFC 216 earlier this month isn’t too pleased with how commentators Joe Rogan and Daniel Cormier announced his fight.

Cody Stamann, who entered UFC 216 with a 15-1 professional record, scored a split-decision victory over Tom Duquesnoy, who was riding quite a hype train of his own heading into the fight. After re-watching the bout, Stamann feels as if Rogan and Cormier were ‘biased’ towards Duquesnoy:

“As soon as it came out, I watched it,” Stamann told MMA Fighting. “I had my phone hooked up to my Bluetooth, I was with a few people and I was listening to the commentary, and now by the end of the first round I was frustrated enough to want to throw my phone through a wall after what they were saying. They were talking about Duquesnoy, where he trains, and I’m taking him down, hitting him with combinations and they’re not saying anything about that. I felt like Daniel Cormier and Joe Rogan owe me a little bit of an apology.

“I felt like they were way more biased than they normally would be and I’m really not one to complain about that kind of stuff, but I was like, holy cow. I’ve had probably a hundred different people tell me that exact same thing, they were really loving Tom Duquesnoy for those first two rounds but in the third round they didn’t say his name again. So I guess I’m happy that I won them over, but at the same time that’s not their job to be that biased.”

Despite the fact that he wasn’t pleased with how the fight was commentated, Stamann remains thankful that he took the opportunity to fight Duquesnoy and that he was able to ‘steal that shine’:

“I think when you go in there and beat a guy that everyone is talking about being the next bantamweight champion, I definitely think a lot of people opened their eyes up to me as an athlete on Saturday night,” said Stamann. “His coach Greg Jackson was saying before the fight that Duquesnoy has all the capabilities of being a world champion. All these different media analysts were saying this guy’s the next thing, like, ‘Watch out Cody Garbrandt, this guy he’s coming for everybody.’

“He’s got a humongous following, he’s got the whole country of France following him basically. He had every single thing that the UFC would want in a guy coming into the UFC. All the hype, everybody thought he was the man, so when I had the opportunity to fight him I was all over that. I knew that was my opportunity to steal that shine.”

What do you make of Stamann’s comments?