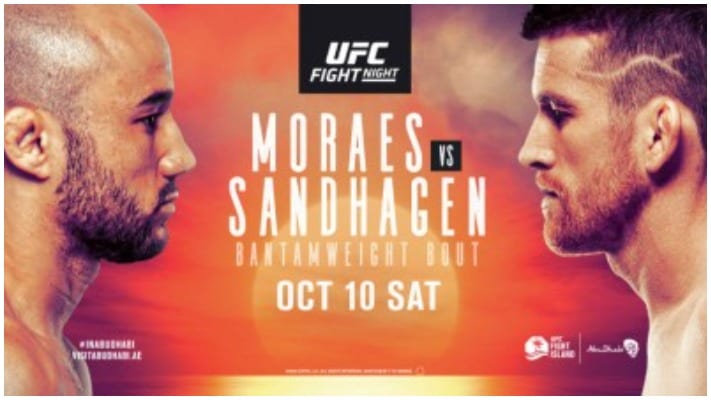 In the main event, we saw a bout between two top-ranking Bantamweight’s Marlon Moraes and Cory Sandhagen. The result saw Sandhagen find the finish via a stunning wheel kick in round two. In the co-main event, we saw a three-round striking clinic from Edson Barboza who found victory over Makwan Amirkhani. The first round saw Barboza establish a small lead on scorecards leading into the second where he showcased some impressive knockdowns to take the round. In the final round, Amirkhani managed to take the fight to the ground and accrue some control time before the pair returned to their feet and Barboza continued to land effective strikes. Outside of these two fights, there were plenty of moments warranting of bonuses on the card.

The First Performance of the Night went to Joaquin Buckley for his stunning spinning back kick knockout of Impa Kasanganay. Spoken of by many as the greatest knockout in UFC history, Buckley threw a kick that was caught by Kasanganay, he then proceeded to hop in the air and throw a spinning back kick that would secure him the win and a heft bonus cheque.

The second Performance of the Night came in the next fight between Chris Daukaus and Rodrigo Nascimento Ferreira. After initially knocking Ferreira down and landing some ground and pound Daukaus let Ferreira up to his feet just to knock him back down and close the fight.

The Third Performance of the Night went to Tom Breese for his first-round knockout of K.B. Bhullar. The finish started with a straight left that sat down his opponent and allowed him to finish the fight with hammer fists.

The final Performance of the Night bonus went to Cory Sandhagen in the main event. After a competitive first-round Sandhagen came out in the second landing a head kick on Moraes. Following this, he continued pressing forward throwing a spinning heel kick that knocked Moraes down. Sandhagen immediately jumped on top of him and finished the fight via ground and pound shortly after.