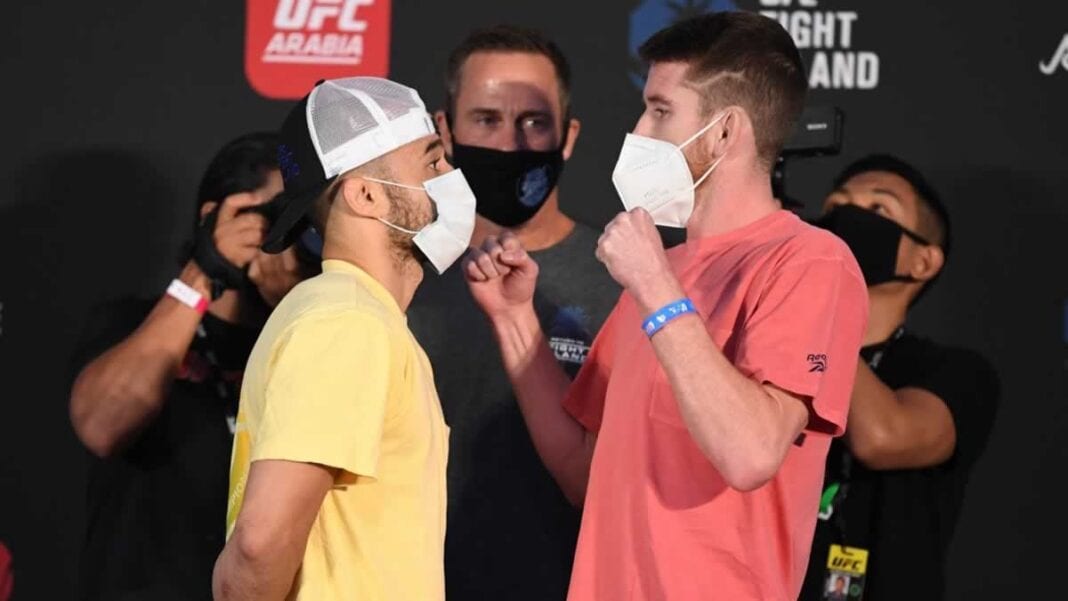 IT’S TIME! The UFC Fight Island 5 main event is finally upon us. Brazilian knockout artist Marlon Moraes is set to take on young contender Cory Sandhagen in a bantamweight bout that may have title implications. Who’ll win? Let’s find out…

Round 1: Both men open up with low leg kicks. Cory Sandhagen is getting the better of the early leg kick exchanges. He’s been able to slip out of the way of his opponents and land his own. Marlon Moraes knee early is already reddened up. The Brazilian is starting to put his hands together now. Sandhagen rips to the body. Moraes lands up top. Both men are looking really good early. Each shot landed by one man is immediately answered by the other. Moraes slides out the way of a shot then lands a spinning backfist. Sandhagen is clearly targetting the bodt in round one, it looks like he’s counting on tiring his man out. As round one comes to a close Moraes gets a takedown but doesn’t have time to make use of it.

Round 2: Back to the middle of the cage at the start of round two. Good body and leg attacks from Sandhagen. ‘The Sandman’ lands a perfect spinning heel kick that drops Moraes. He follow up to finish the fight!