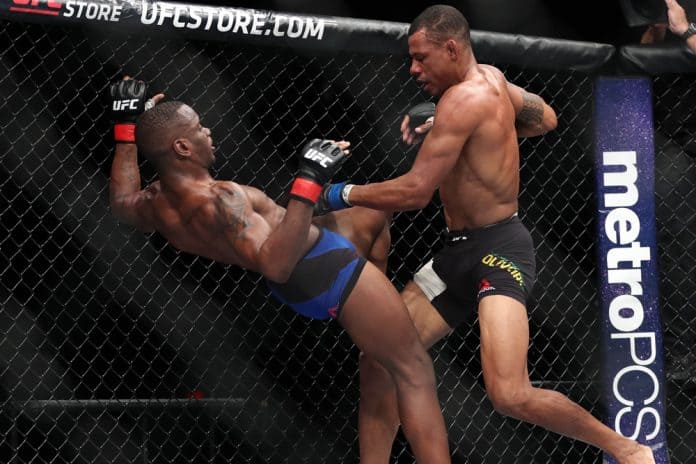 With every decision comes a consequence and for those fighters who took part in battle this past at UFC Fight Night 96, it’s their time to faces those consequences in the form of medical suspensions. This event was headlined by a bantamweight bout between John Lineker and former two-time UFC Flyweight Title challenger and TUF Team Bisping vs. Team Miller bantamweight winner John Dodson. Will Brooks vs. Alex Oliveira in a lightweight showdown was the co-main event. Rounding out the main card was Brandon Moreno vs. Louis Smolka and Josh Burkman vs. Zak Ottow.

Some of the more notable suspensions include Lineker being out for 30 days, Dodson and Oliveira being out for 7 days. Brooks was suspended indefinitely pending ER documentation and physical clearance.