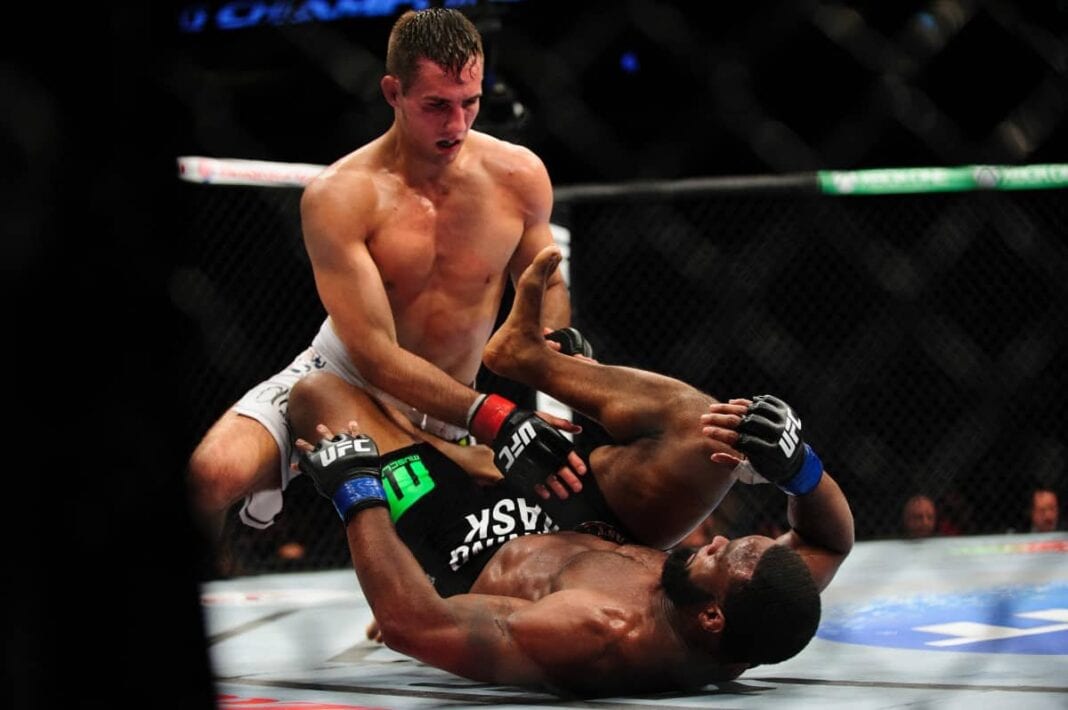 To me, this fight should have been a co-main event bout for the next time Alexander Gustafsson fought on a Sweden card, but it’s a headliner, so here we are. Story was one of the most promising welterweights in 2010-2011, but he simply hasn’t evolved much since then. He put forth a solid effort that hinged largely on his wrestling in his last bout, but ‘Gunni’ is a big step up in competition. He’s undefeated and one of the most lethal pure grapplers at welterweight aside from Demian Maia. Nelson has yet to fight outside of European soil for the UFC, and that’s when his true tests will start. Expect him to earn it in the wee hours this Saturday morning. My pick is a second round Full Nelson submission from ‘Gunni.’

This fight is clear marketing in my eyes, although I wish to take nothing away from Rick Story, it is clear that “The Horror” is the heavy underdog for this fight. “Gunni” is big news as long as he remains undefeated, and is just on the brink of breaking through to the big time. I think it’s no coincidence that he has been matched with Story, a fighter who is 3-3 in his last 6, and is also unranked in the division. Cannon fodder? Very much so, Nelson by submission at the end of round two.

Story is a seasoned veteran and a tough challenge for any man, but he has also been on an up and down streak as of late alternating wins and loses. Gunnar Nelson is a bright young star who has put together four straight wins. I think “Gunni” will be able to over match story and get the win. Nelson by second round submission.

This fight is basically billed as an easy win for MacDonald to finally earn the UFC title shot that he’s been groomed for since his promotional debut. Will it be anything more than that? Well, probably not, but I’m not so sure that a win over the No.9-ranked “Sponge” is enough to lock up a title shot in what may be the most talented division in UFC. He owns a single UFC win over an unranked fighter in Hyun Gyu Lim, and has been injured more than he has fought recently. Regardless, both fighters are touch and technical, but they aren’t the greatest finishers. “Ares” will most likely eat a ton of leg kicks, but he should be able to dominate this fight is he can drag it to the ground. “Psycho” takes a decision.

Rory MacDonald stands on the brink of a welterweight title shot against Tarec Saffiedine, and will need to be at 100% to get past the durable kicker to indeed get a shot at the winner of Hendricks/Lawler 2. This wasn’t an easy pick for me, as “Ares” has the perfect stance for a leg kicker to take advantage of, and “Sponge” loves winging those shins in. That being said, I feel like MacDonald’s technical skills are out of this world, and I’m not sure Saffiedine can stop him. I’m calling this a decision win for MacDonald.

No. 2-ranked welterweight Rory “Ares” MacDonald is gunning for a title shot and he may get one if he can secure a victory this Saturday at UFC Fight Night Halifax. However, he has a dangerous opponent in front of him, No. 9-ranked Tarec Saffiedine. Saffiedine is the former Strikeforce champion and is known for his well-rounded kickboxing skills and deadly leg kicks. However, aside from that that I don’t see much he can do against “Ares” and in my opinion I don’t think he will have an easy time beating MacDonald on the feet. MacDonald will have the reach advantage and I think he will be able to control the range. I also think he has the advantage in the wrestling and grappling departments. In my opinion, I think MacDonald will just be too good for Saffiedine. MacDonald by unanimous decision.

Assuncao seems to be quite perturbed at getting passed over for the next bantamweight title shot, and he probably should be. After all, he’s the last fighter to defeat T.J. Dillashaw, albeit by split decision. He’s tasked with a much lower match-up in Caraway, but it’s not an easy one. Caraway has proven to be a lethal submission grappler who can end most fights with his neutralizing mat skills. I just don’t think he’ll be able to do it against a well-rounded challenger like Assuncao. The top-ranked challenger will most likely be looking to pick Caraway apart on the feet, and if he stood toe-to-toe with Dillashaw and came out on top, then he’s going to knock Caraway out. Assuncao round one TKO.

Raphael Assuncao finds himself pushing the boat out once again, and some might say unfairly, in the UFC bantamweight co-main event against Bryan Caraway. Here we find a battle of two accomplished grapplers, one of which has great striking too. The Brazilian is too strong, too fast and just better in all areas than Caraway, and I feel Assuncao will make Miesha Tate’s BF pay in the early rounds. I actually think Assuncao will look to make a big statement with a win on the feet. Assuncao wins by first round knockout.

This will be a battle of top bantamweights as No. 4-ranked Raphael Assuncao takes on No. 10-ranked Bryan Caraway. Assuncao has been on a tear, winning his last six fights. He is also the last man to beat reigning champ TJ Dillashaw. He is known for having great jiu-jitsu skills as well as solid Muay Thai. Caraway has won four of his last five fights and has looked pretty impressive. He has great grappling skills as well as a solid wrestling game. I think this could be a very close and interesting fight, but one that goes to the Brazilian. He is near the top and looking for a shot at gold and I see him getting his seventh consecutive win. Assuncao by unanimous decision.