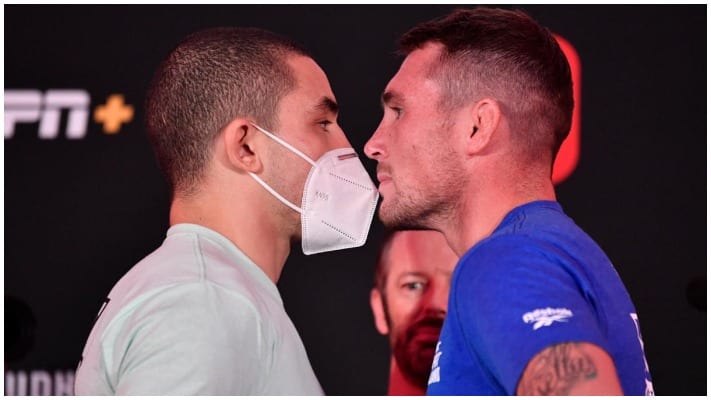 The UFC’s final Fight Island event was a ratings success.

UFC Fight Island 3 took place this past Saturday and was headlined by a middleweight bout between former champion Robert Whittaker and Darren Till which the former ended up winning via unanimous decision after a back-and-forth battle.

And as per MMA Fighting, the event as a whole averaged 908,000 viewers and peaked at 1.2 million viewers. In addition, it received a .35 rating in the 18-49 demographic which allowed it to land the No. 1 spot on the cable ratings on Saturday night.

Overall, it was the ninth-best performing UFC card on ESPN with the top-rated event still being the first ESPN event in February 2019 that featured Francis Ngannou vs. Cain Velasquez that average 1.463 million viewers

On the other hand, Bellator struggled.

The Santa Monica-based promotion returned this past Friday with Bellator 242 which was headlined by a bantamweight bout between Sergio Pettis and Ricky Bandejas.

What do you make of these ratings?