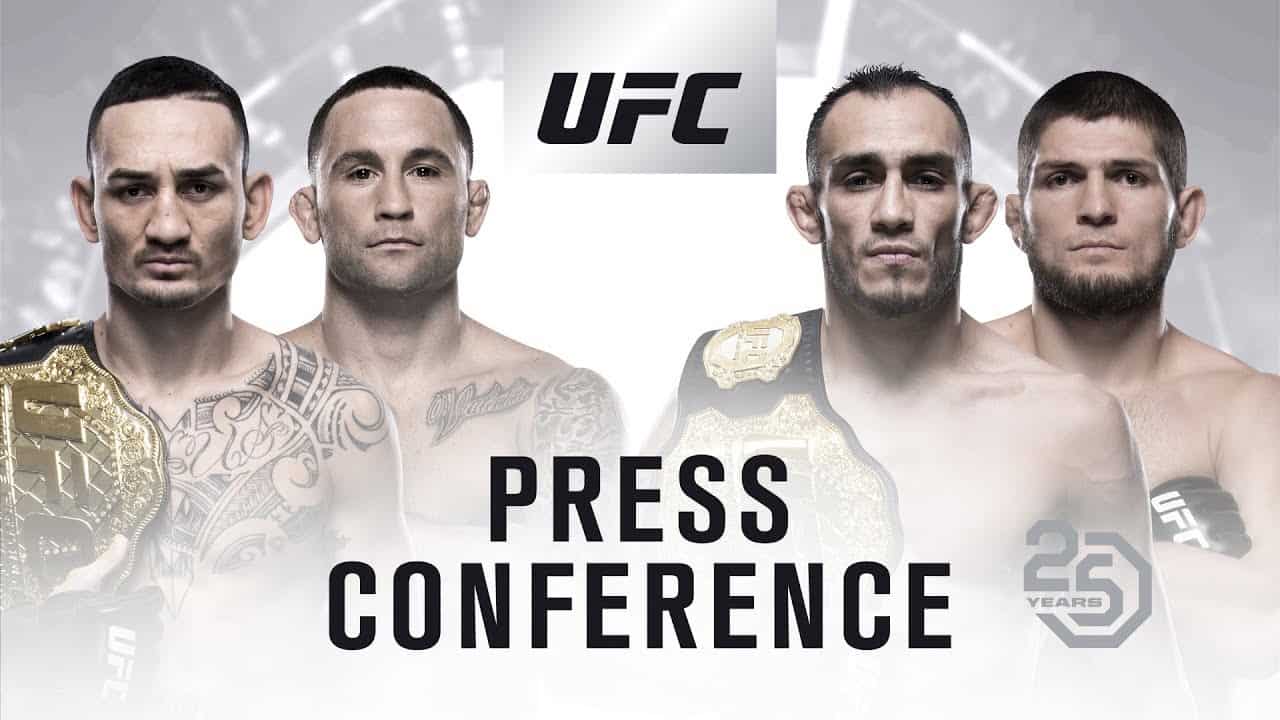 Heading into this weekend’s (Sat., January 20, 2018) UFC 220 from TD Garden in Boston, Massachusetts, the Ultimate Fighting Championship will begin to celebrate their twenty-fifth year of existence with a live press event this afternoon.

While the anniversary certainly marks a great achievement for the promotion, today’s press event has gained more hype for reportedly being the place where UFC lightweight champion Conor McGregor will finally be stripped of his 155-pound championship after over 14 months without any title defenses. Tony Ferguson vs. Khabib Nurmagomedov was rumored to be a done deal for April 7’s UFC 223, and UFC president Dana White confirmed that on a Boston radio show the following day.

But the status of just which belt – the interim or McGregor’s soon-to-be-vacated undisputed title – would be contested in the fight remains a mystery. We could find out in the press conference today, but as we’ve seen throughout McGregor one-of-a-kind UFC run, anything is far from certain when the unpredictable superstar is involved.

Regardless, the fight is expected to be officially announced at the 25th Anniversary Series press conference shortly. Watch the anticipated event live right here: