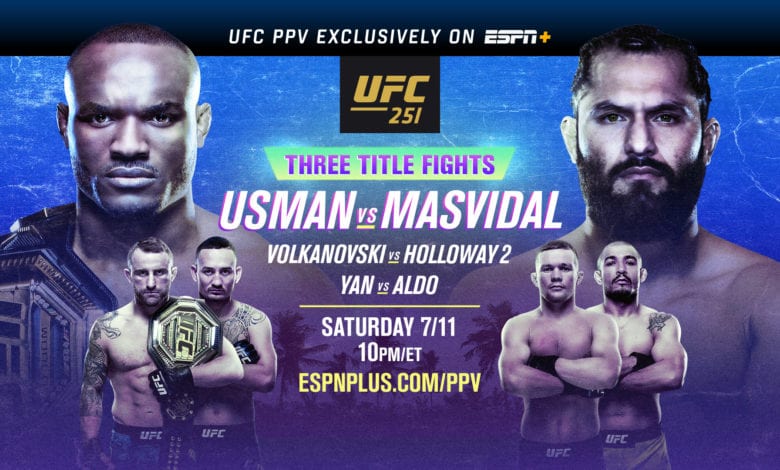 Fight island played host to three title bouts for the Welterweight, Featherweight and Bantamweight divisions. In the main event, we saw Kamaru Usman dominate Jorge Masvidal to defend his welterweight title. In the co-main event, Alexander Volkanovski edged out Max Holloway on the scorecards to close the book on their series of bouts. And in the first title bout of the evening, Petr Yan become the Bantamweight champion after finishing Jose Aldo in the fifth round. Outside of these title fights, there were plenty of moments to excite, some of which warranted a bonus.

The First Performance Of The Night went to Davey Grant in the opening bout of the evening. This matchup against saw Grant take on Martin Day in what was a competitive stand-up war. In the final round, Grant caught Day with a left hook that secured him the knockout victory and performance bonus.

The Second Performance Of The Night bonus went to Jiri Prochazka in his debut fight against #7 ranked light-heavyweight Volkan Oezdemir. A fight with a very unique style, Prochazka showcased how entertaining his style is from the bell. The first round was a back and forth striking battle that saw both fighters rocked at times. Entering the second round, Prochazka quickly found the finish he was looking for landing a huge right hook on Oezdemir 49 seconds into the round.

The Fight Of The Night came in the bout between former strawweight champions, Rose Namajunas and Jessica Andrade. The two had a very competitive match this time around, both having made great adjustments from their first outing. While the fight was very competitive Namajunas managed to edge out Andrade and get back her loss from the first bout.