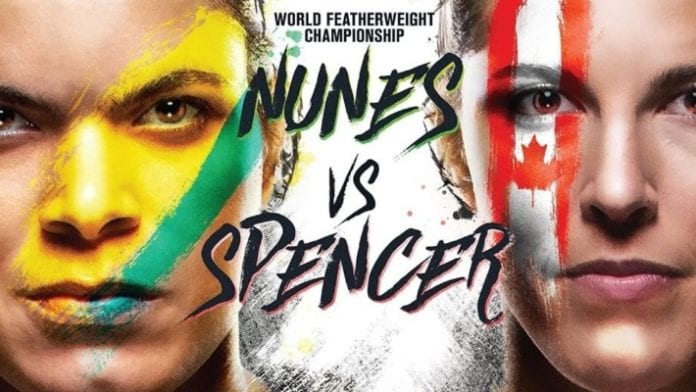 The facility played host to Amanda Nunes defending her Featherweight title for the first time by executing a flawless performance against contender Felecia Spencer. In the Co-Main event former Bantamweight champion Cody Garbrant entered the winners column once again after a string of three losses by securing a stunning knockout of Raphael Assuncao. Outside of these two fights the card showcased many impressive performances worthy of bonuses.

The First Performance of the Night Bonus came in the final fight on the early prelims between Alex Perez and Jussier Formiga. Perez secured a TKO victory via leg kicks 4:06 into the first round. The performance was completely dominant with Perez attacking the legs from the very start of the bout until the fight was called by the referee.

The Second Performance of the Night Bonus went to “Suga” Sean O’Malley in the first bout on the main card for his walk-off knockout of Eddie Wineland 1:54 into the first round. The fight began with the two feeling each other out with Wineland taking the role of the aggressor before O’Malley faked the uppercut and came over with a right hook to end the fight.

The Third Performance of the Night Bonus was awarded to Aljamain Sterling for his submission of Cory Sandhagen. Sterling began the fight fast rushing Sandhagen forcing him to back against the cage. Once there, Sterling immediately attacked and secured a takedown which led to him gaining back control. From the back, Sterling was able to find a rear-naked choke finish only 1:28 into the first round.

The Final Performance of the Night Bonus was acquired by Cody Garbrant for his knockout of Raphael Assuncao in the co-main event. The knockout was perfectly executed one second before the buzzer rang to signal the end of the second round.

All these athletes took home a $50,000 performance of the night bonus.