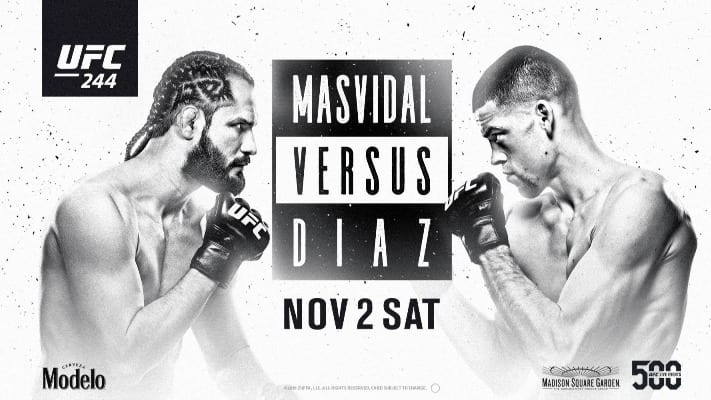 The New York crowd turned out for the event with an attendance number of 20,143, hauling in a $6,575,996.19 gate. There were also some well-deserved post-fight bonuses handed out.

In the preliminary featured bout, Corey Anderson stopped the hype train of Johnny Walker. Anderson finished Walker in the first round with a TKO after a jaw-dropping series of blows. With the victory, Anderson has been awarded a $50,000 Performance Of The Night bonus.

Kicking off the pay-per-view (PPV) card was Kevin Lee taking on the undefeated Gregor Gillespie. Lee connected with a big head kick in the first round that rendered Gillespie unconscious, handing Gillespie the first loss of his professional MMA career. Lee is now back on the winning track and has received a $50,000 Performance Of The Night bonus for his finish.

Finally, at welterweight on the main card, Stephen “Wonderboy” Thompson and Vicente Luque went all three rounds in an epic war that resulted in a Thompson decision win. Both men landed some great shots, but it was Thompson who had his hand raised when it was all said and done. Although Thompson won, both men will take home $50,000 for Fight Of The Night.

What do you think about the UFC 244 bonuses?