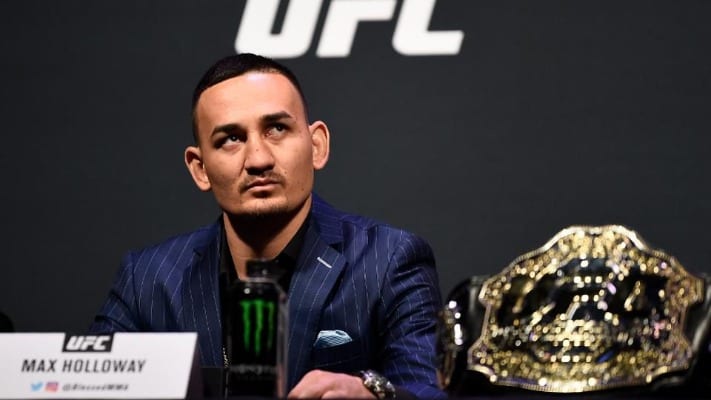 Tonight’s (Saturday, July 27, 2019) UFC 240 pay-per-view (PPV event is in the books from the Rogers Place in Edmonton, Alberta, Canada, and now it’s time for the post-fight press conference.

Max Holloway vs. Frankie Edgar in a featherweight title bout headlined the show. In the co-headliner, Cris Cyborg vs. Felicia Spencer in a women’s featherweight bout took place.

A number of impressive fights and performances highlighted the UFC’s trip to Edmonton. Watch the fighters break down their bouts in the UFC post-fight press conference streaming live after the main event: