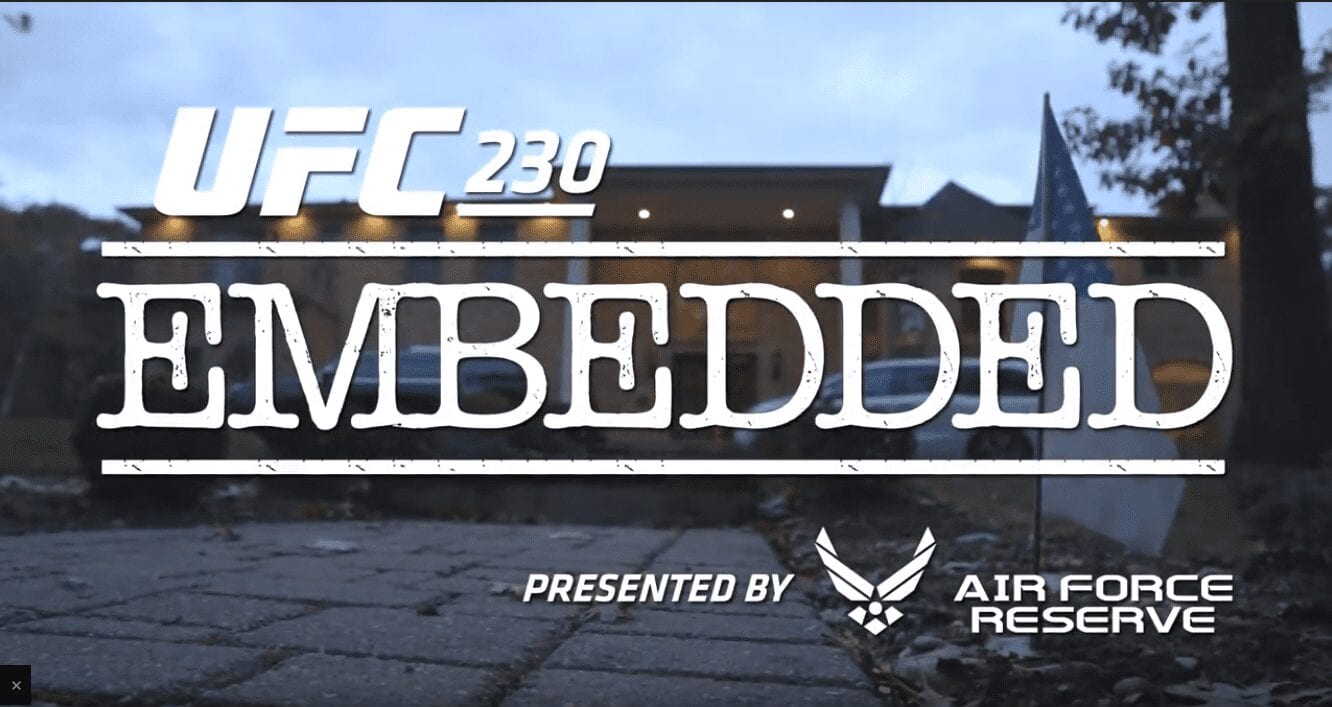 UFC 230 is less than a week away and the third episode of Embedded was released on the UFC’s YouTube channel.

In the episode, former middleweight champion Chris Weidman enjoys time with his family, while opponent Jacare Souza keeps his training on schedule in New York City. Middleweight Israel Adesanya gets an early taste of Madison Square Garden at a Knicks game. Two-division champ Daniel Cormier prepares to be the smaller man inside the Octagon in his heavyweight title fight against Derrick Lewis, who gets a hero’s flight from Houston. Middleweight Derek Brunson sharpens his tools ahead of his fight against Adesanya, who relishes the fight week spotlight.