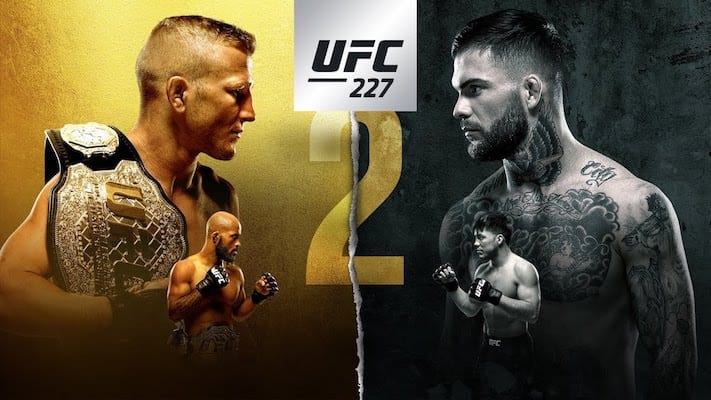 Bantamweight champion TJ Dillashaw will defend his title against Cody Garbrandt in a rematch from their initial meeting last year. The two former Team Alpha Male teammates will headline the night.

The co-main event will see Demetrious Johnson defend his flyweight title against Henry Cejudo. It will be a rematch from their initial meeting at UFC 197 in 2016.

You can check out the full UFC 227 fight card, start time and information on how to watch here: