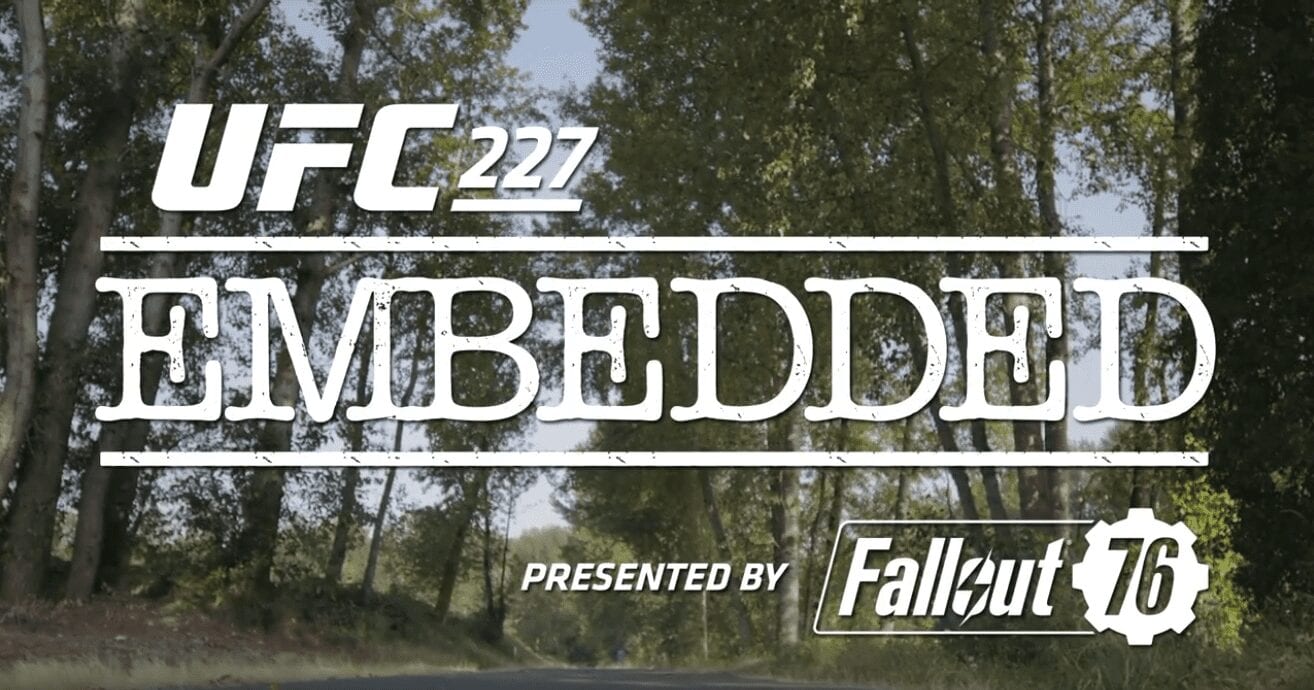 UFC 227 is a few hours away and the fifth episode of Embedded was released on the UFC’s YouTube channel.

Back at the host hotel, Garbrandt gets more celebrity support as Chuck Zito and Russell Peters stop by. Final weight cuts begin Thursday night for the fighters including featherweight foes Renato Moicano and Cub Swanson. Everyone makes weight on Friday morning, and a packed ceremonial weigh-in sets the stage for an incredible event.