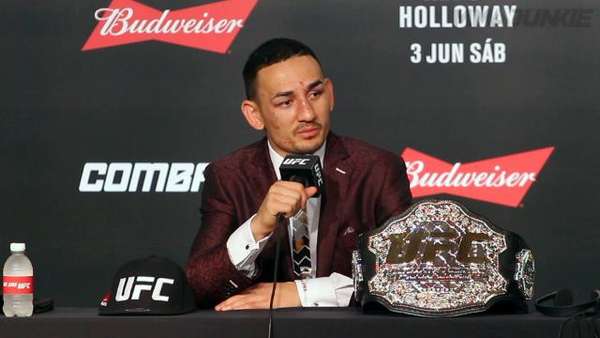 While it wasn’t necessarily loaded with tons of pre-fight bad blood or hype (although it most likely should have been) tonight’s (Sat., December 2, 2017) UFC 218 in the rearview mirror from the Little Caesars Arena in Detroit, Michigan.

In the main event, surging young featherweight champion Max Holloway took on decorated longtime former champion Jose Aldo in a rematch of their UFC 212 meeting which “Blessed” won by impressive third-round TKO. The surging Hawaiian champ repeated that feat by finishing the all-time great by TKO in the third round yet again.

The co-main event saw a passing of the guard at heavyweight when longtime top contender and former Strikeforce champion Alistair Overeem was knocked out stiff by hyped up-and-coming force of nature Francis Ngannou.

Finally, the main card saw another hyped rising contender in Justin Gaethje meet another former champion when he locked horns with Eddie Alvarez in a fight that was many fans and media members’ pick for a potential “Fight of the Year,” praise it did not fail to live up to when “The Underground King” stopped Gaethje in the third round of a war. There’s a lot to unpack and digest after a pay-per-view (PPV) event of such impact, so join us for the event’s post-fight press conference live after the main card right here: