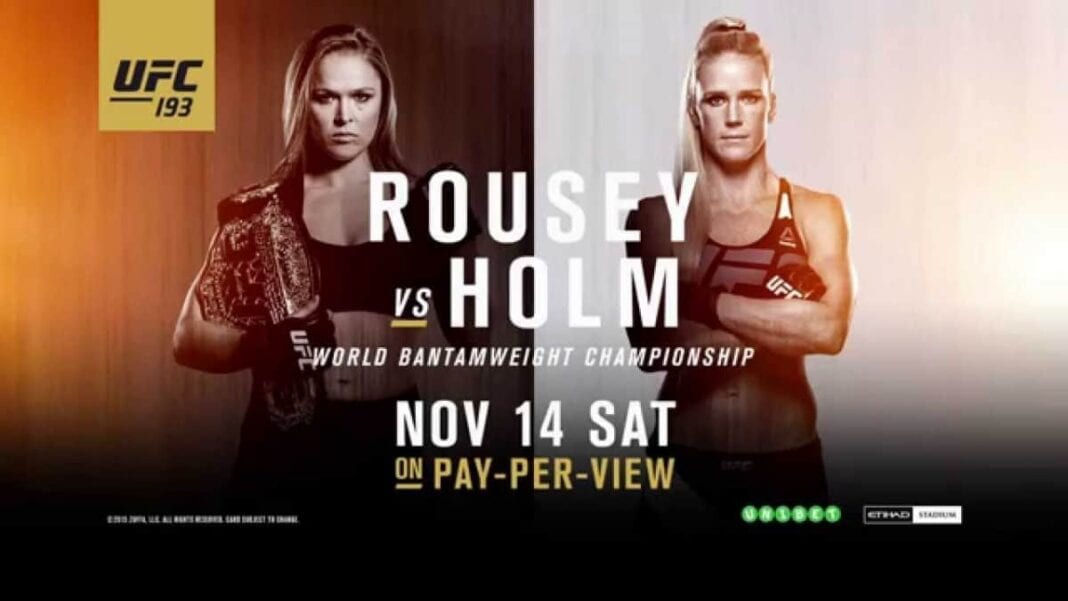 UFC 193 fight week is officially here, as we begin the countdown to what promises to be a record breaking event. The UFC women’s bantamweight and strawweight titles will be on the line in Melbourne, Australia this coming weekend, and the Etihad Stadium will be the venue hoping to break the promotion’s all-time attendance record.

The headlining action between Ronda Rousey and Holly Holm has obviously taken the lead in terms of promotion, and the UFC is going all out with the super-popular ‘Rowdy’ as of late. From movie-like promo videos, press conferences and photo shoots, Rousey proving to be worth her weight and more in gold for the UFC, who are struggling to find consistent superstars like they used to.

So what’s different about this fight week? Well, firstly the UFC 193 Embedded series has begun with a 43 minute preview. Yep, three quarters of an hour’s worth of UFC 193 hype. That’s the equivalent of about 86 Ronda Rousey fights.

Out of those 43 minutes, 12 are dedicated to Joanna Jedrzejczyk, as the popular 115-pound queen prepares to take on Valerie Letourneau in the evening’s co-main event. So, if you have the best part of an hour, check out the UFC 193 Embedded: Ronda Rousey vs. Holly Holm video, episode 1? Who knows at this point.