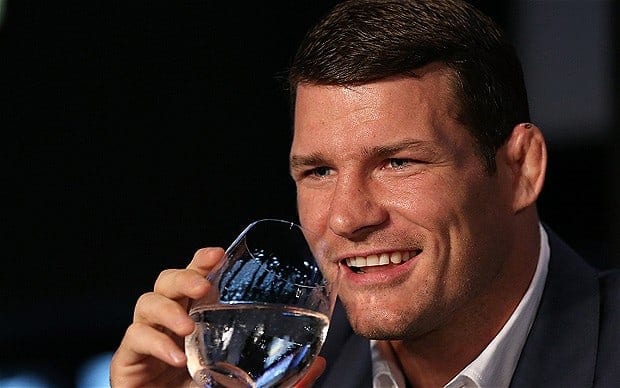 UFC 186 Embedded episode 2 is out, getting ready for the promotion’s return to Montreal, Quebec, Canada, this Saturday (April 25th, 2015). Featured at the head of the card is flyweight champion Demetrious Johnson as he takes on karate specialist Kyoji Horiguchi with the belt on the line.

“Mighty Mouse” gets a late night training session in with Quinton “Rampage” Jackson, as the returning Pride FC veteran prepares to take on Fabio Maldonado in the UFC 186 co-main event. Jackson’s legal issues had seen him bumped from the card, and then put back in at the last moment this week.

Michael Bisping will face C.B. Dollaway on the PPV (Pay Per View) card also, as both middleweights look to get back to form. “The Count” brushes up on his French vocabulary and then it’s off to the staredowns.

“The Doberman” and Bisping have a particularly long and vocal staredown, and it’s all smiles from “The Iron Hillbilly” and “Rampage”.

Check out the UFC 186 Embedded episode 2 video above, and stay tuned to LowKick!