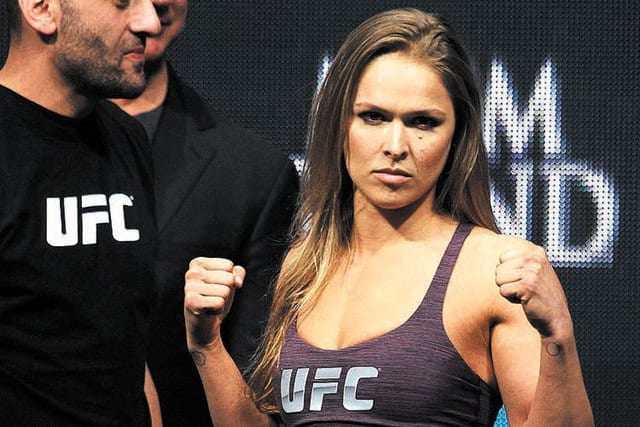 UFC 184 goes down this coming Saturday (February 28th) at the Staples Center in Los Angeles, California. The top of the card is highlighted by Ronda Rousey vs Cat Zingano, after the original headliner Chris Weidman vs Vitor Belfort moved to UFC 187. The long-awaited debut of boxing and Invicta FC champion Holly Holm is slated for UFC 184, as she faces TUF alum Raquel Pennington in the co-main event.

Veteran welterweights Jake Ellenberger and Josh Koscheck will square off on the main card too, battling to see who has what it takes to remain relevant in the busy waters of 170 pounds. UFC 184 Embedded episode 1 has been released, and features interesting footage of the event’s biggest stars.

Ronda Rousey discusses the pressures of fighting in her home town, and also takes a day out of training to hang out with her friends and dog, and play video games at home. Cat Zingano is all business as she trains with UFC welterweight Brandon Thatch in Denver, Colorado.

Raquel Pennington and Holly Holm also feature, as The Ultimate Fighter veteran gets a massage and “The Preacher’s Daughter” trains hard in New Mexico.

So check out the behind-the-scenes look at the PPV action this Saturday, in the UFC 184 Embedded episode 1 video.