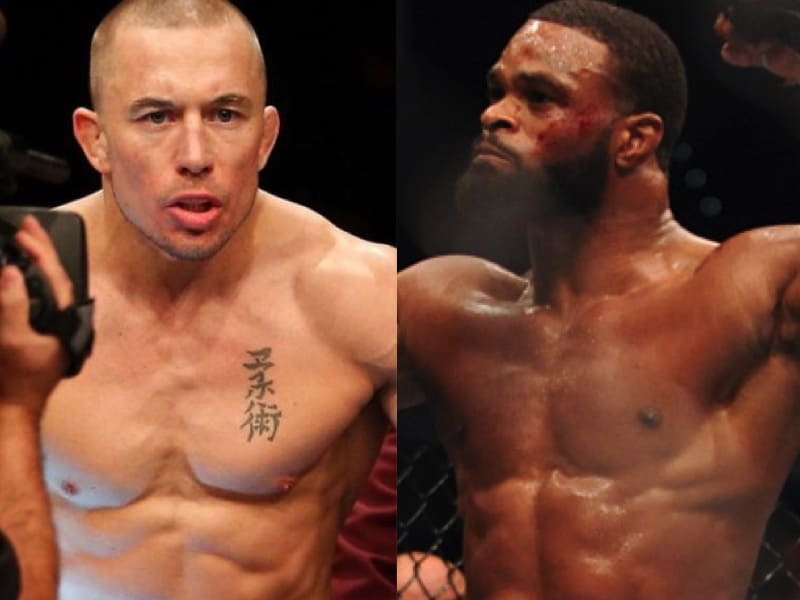 Former UFC welterweight champion Tyron Woodley will now be benefiting from the greatest welterweight of all time in Georges St-Pierre.

Appearing on Ariel Helwani’s MMA Show on Monday, “The Chosen One” revealed that he is training with St-Pierre and head coach Firas Zahabi at Tristar Gym in Montreal, Canada.

Woodley, of course, is referring to previous talks of him potentially facing “GSP” which never came to fruition. And with St-Pierre now retired, it makes all the more sense for them to train together.

Woodley won’t be doing his whole camp with Tristar, however — he will still be training with Roufussport and American Top Team (ATT) as he’s done before. He is simply adding more options to help him get better as a mixed martial artist:

What do you make of this news? Do you think Woodley will be even better now?