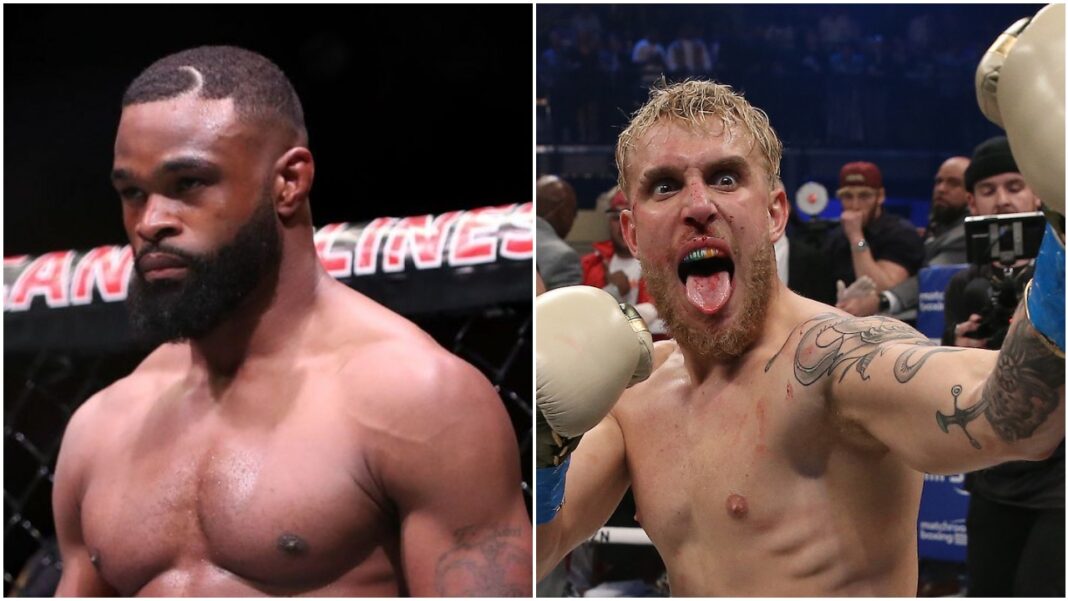 Tyron Woodley has given his take on Jake Paul claiming he has moved on from ‘The Chosen One’.

‘The Problem Child’ defeated Woodley in a highly anticipated boxing match between the social media star and the former UFC champion.

Paul won by split decision due to him landing more effective strikes over the bout, but Woodley was able to hurt the social media celebrity and nearly scored a knockdown.

Soon after the judge’s decision Woodley as well as the majority of the public was calling for a rematch, with this being Paul’s hardest opponent it seemed the rematch would be made.

But Jake only agreed to give Tyron the rematch if he got the “I love Jake Paul” tattoo, Woodley has seemingly got the tattoo but not in a timely manner according to Paul who has already booked his next fight.

Since their bout, Paul has booked a fight with fellow social media star and a boxer in his own right Tommy Fury.

Paul has suggested that Woodley’s hesitation to honour their tattoo bet lost him a mega-money rematch.

“Nah. By the time he got the tattoo we had already moved on to fight Tommy Fury and making that fight negotiation happen,” Paul said. “I don’t really think people want to see Tyron vs Jake Paul again. He had his chance”

The quote didn’t sit well with Tyron Woodley who would respond through his Twitter saying Paul “wasn’t a man of his word”.

With the match with Tommy Fury scheduled it seems that Paul once again has another opportunity to prove his doubters wrong.

One of Paul’s main criticisms has been that he hasn’t fought any real boxers, with his last two opponents being former MMA fighters. However, with a win over Tyson’s Fury’s younger brother who currently boasts a 7-0 record, Paul will surely silence his detractors.

Do you think we will ever see the rematch between Jake Paul and Tyron Woodley?