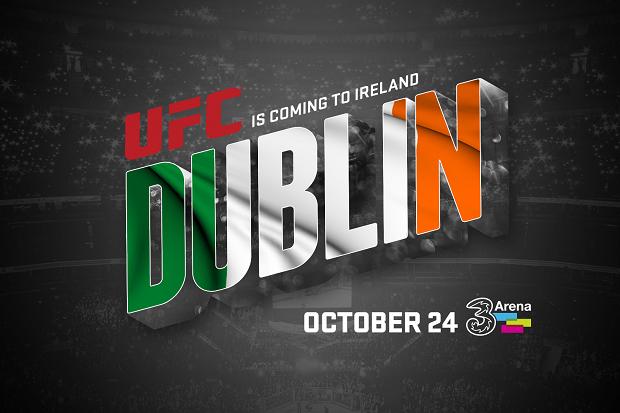 UFC Fight Night 76 is in the books, as the action at the 3Arena wraps up after a busy fight week. Paddy Holohan and Louis Smolka got promoted to the main event after an unfortunate duo of injuries to the main and co-main event fighters Joe Duffy and Stipe Miocic, but the event still delivered very well considering. With plenty of noise from the crowd, Dublin once again played host to an electric card.

‘Samurai’ managed to get the submission win over ‘Hooligan’ in the main attraction, but there were some other standout performances such as Tom Breese’s dismantling of Cathal Pendred and Ais Daly’s dominant victory over Ericka Almeida. Norman Parke defeated Reza Madadi after a short, purse-fuelled rivalry at the weigh-ins, and Neil Seery got a nice submission win.

Dalby vs. Till got a well deserved fight of the night award, but where was Smolka’s bonus?? All this and more in the Twitter reactions to UFC Dublin, enjoy.

Louis Smolka couldn't have been less fazed by the added spotlight of a main event on the road. Big W for the promising Hawaiian. #UFCDublin

Reza stole 12 purses during his walk to the Octagon. #UFCDublin

Imagine if you had a Dublin crowd cheering for you everyday? Take the trash out, crowd goes wild. Do the dishes they sing a song. #UFCDublin

"I never said I was gifted but I do one thing…I give it everything!" "I'm going to go have a cup of tea!" - Houligan #UFCDublin

Man, this Max Holloway kid has a bright future. #UFCDublin

Paddy looks like Conor McGregor in the 4th Grade. #UFCDublin