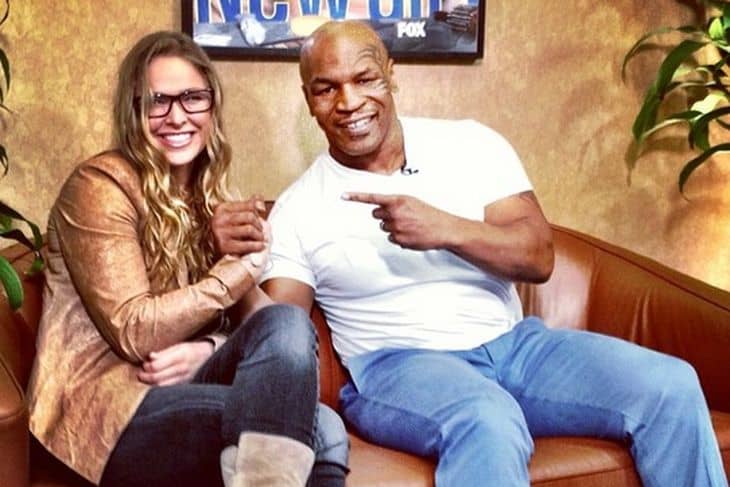 It was a great night for UFC women’s bantamweight champion Ronda Rousey, as she scored yet another huge stoppage win. Not only did she finish Bethe Correia in just 34 seconds, she did it with a brain-rocking knockout. Many picked ‘Rowdy’ to stop ‘Pitbull’ with her legendary submission skills, but it was her much improved striking that got the job done in convincing fashion. It seems her dominance truly knows no bounds at this stage.

We also got a bunch of breaking headlines out of the Rio De Janeiro, Brazil-based cards, none more interesting than the news of Vitor Belfort vs Dan Henderson 3 getting booked for Novemeber.

Check out how Twitter reacted to both bombshells at UFC 190, and stay tuned to LowKickMMA!

“””I think of myself when I watch her.” ~ Mike Tyson on Ronda Rousey. #UFC190 pic.twitter.com/qA3izWvxQ8

That was the first time I ever almost cried while interviewing a fighter. @RondaRousey is something insanely special.

My girl @RondaRousey will never lose at 135lbs and if Cyborg moves down she will still win! It’s like children playing with an adult!

Ronda Rousey wants to fight on the Aldo vs. McGregor card. If the UFC wants over a million PPV buys and then some this is how to do it

“I hope he and my dad had a good time watching the fight together” –@RondaRousey on ‘Rowdy’ Roddy Piper. #UFC190

“She gets better every time she fights…and that’s scary” – @danawhite talking about Ronda Rousey on @FOXSports1 now! #UFC190

Well, @RondaRousey made it look like she was beating up a 12 y/o out there. Truly a transcendent athlete and one of the best fighters ever.

What a stupid fight to book. @vitorbelfort dropped him alrdy. https://t.co/QyCSqpAnbW

@LAMBO_MARK that’s a insult to @vitorbelfort , he shouldn’t take that fight.

Remember when Vitor Belfort decided to try and punch Chris Weidman back when he was in half guard?