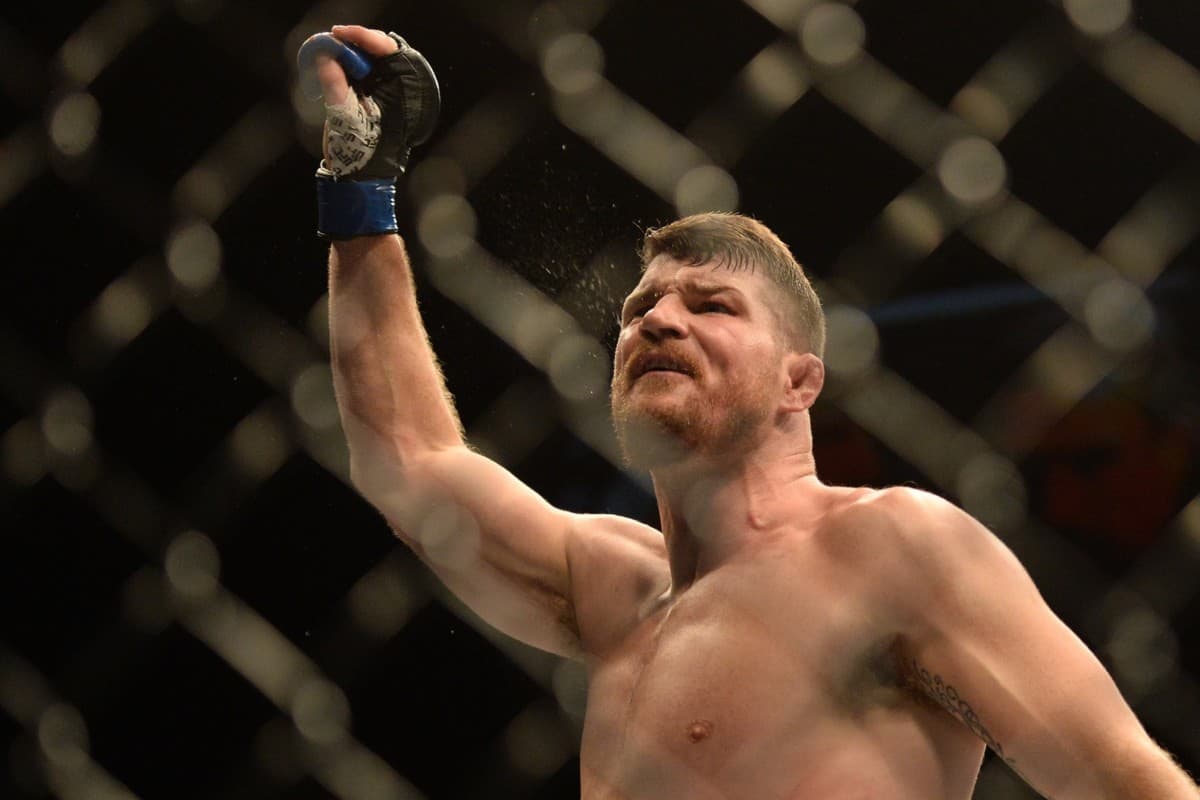 UFC 204 emanated tonight (October 8, 2016) from the Manchester Arena in Manchester, England. The night was headlined by a grudge match between unlikely middleweight champion Michael Bisping and longtime nemesis and MMA legend Dan Henderson.

The main event was replete with storylines coming into the fight. Henderson authored one of the most brutal and memorable knockouts in the first fight between the two men at UFC 100 in July 2009. Henderson would go on to capture Strikeforce gold to add to the two Pride belts on his mantle. But a UFC championship had still eluded him.

Bisping, meanwhile, was the classic “always the bridesmaid, never the bride” of the middleweight division. That is, until the run he has been on for the last year and a half. He beat the longtime middleweight king Anderson Silva, and then stepped up on short notice to knock out champion Luke Rockhold. Bisping had already suffered a knockout loss to Rockhold in a prior meeting, but that would not stop him from finally claiming UFC gold.

As the fight played out, Bisping controlled large portions of the action with kicks and stinging combinations. But Hendo detonated the H-Bomb on Bisping’s chin in the first and second rounds, knocking down the British champion. But he failed to put him away, and that would prove costly. Bisping, as he has done throughout his career, rallied back from adversity to take rounds three and four. The final round was close, with a desperate Henderson making a late charge to seize the final round. But it proved too little, too late. Bisping escaped with a contentious split decision, his UFC championship reign intact.

The co-main event saw longtime middleweight stalwarts Gegard Mousasi and Vitor Belfort finally meet. Belfort, though, an MMA “OG” who first turned pro in 1996, was well past his prime, and it showed. “The Phenom” was good for a customary early flurry or two, but he could not keep “The Dreamcatcher” at bay. Mousasi landed a flush head kick followed by an accurate and devastating flurry that would not have been out of place in a video game. Belfort hung tough, for a time. Mousasi tripped his Brazilian foe to the canvas, easily worked to full mount, and battered Belfort relentlessly until the referee was forced to step in.

Check out Twitter’s reaction to these intriguing matchups below:

That's a lot of freedom walking to the octagon. Mercia!!! #UFC204

Will it be a storybook ending? #UFC204 @Peety_Editor #mma pic.twitter.com/ZslVvuZTuo

One of Henderson’s cornermen just caught a fresh H-bomb in the back room… I am so excited for this fight. #ufc204

that's the deal. He beats your ass in exchange for him letting you hang around him

A @danhendo win tonight would be 20 million years in the making… #UFC204 pic.twitter.com/JecXO6HO9A

Dan Hendo winning the middleweight title tonight and retiring would be the greatest fairytale ending in MMA history. I am rooting for it.

If you’re Michael Bisping and you get knocked out again by Dan Henderson, do you just retire? I probably would. #UFC204

I hope both guys win… damn

Henderson's a cobra, but the mongoose in Bisping is making him work as he runs the warning track on the outside the two black lines.

That right hand is a goddamned torpedo.

you just stay over in your corner then

Michael just refuses to quit in front of his home town. Even after every knock down. Respect, champ. ???? #UFC204

Bisping winning 4:30 of every round.

First fourth round for Hendo in five years upcoming.

Congrats to @danhendo regardless of the out come you are @ufc #champ pic.twitter.com/2GltU6lRMM

"Just be careful" Yves Lavigne said this twice now. You think that Henderson or Bisping give a single solitary fuck about being careful now?

Wait, what time is it in England? Hendo might get his second wind once he wakes for the "early bird" special breakfast. #elderly #UFC204

Wow I got Henderson winning.

When I started MMA I did it for money and something to do with my life. Once I watched guys like Hendo I realized there was much more to it.

His bad eye is his good eye now

Hendo reiterates that this was his last fight. His career is officially over.

Dan Henderson is one of the 10 most achieved fighters ever. His strength of schedule is strongest in MMA history. Hendo is just that dude.

Hendo's last decree. Let it be etched in stone: judge fights on how fucked up your face is. #UFC204

Mousasi ready for the human stampede that is Round 1 Vitor #UFC204 pic.twitter.com/KJU9p5ygjj

Taunting, being a huge asshole Mousasi is my favorite Mousasi.

Kermit with the late take down to stamp the round I reckon. #UFC204

No sweat for Mousasi. Man he plastered Belfort with a head kick, then swarmed for a finish. Sliced through Belfort's guard and pounded away.

So…Belfort has some issues with the full mount, yea? #UFC204