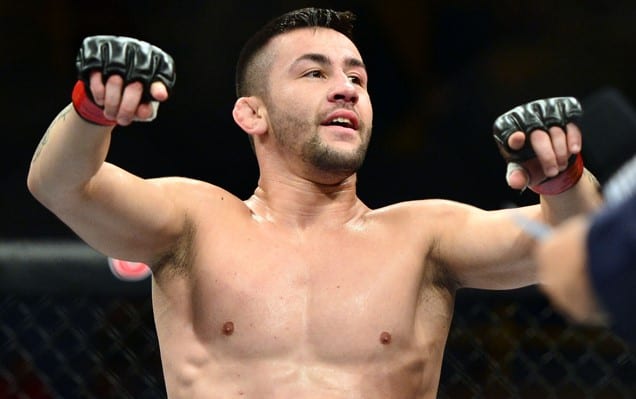 The final season of The Ultimate Fighter wraps up this evening as the TUF 28 Finale will crown the final two winners of the show’s history.

It all goes down in the city it started in Las Vegas, Nevada. The Pearl at the Palms will host the evening’s festivities that will include 13 fights in total.

A bantamweight fight with future title implications will keep the night going.

Much like his opponent, Pedro Munhoz is a solid veteran. He boasts a terrific 16-3 record and most recently took home a unanimous decision against Brett Johns at UFC 227.

Bryan Caraway has done just about all you can do in a division short of winning the title. At 34 years old he is looking to make one more push toward gold. He is coming off of a loss to Cody Stamann at UFC 222.

The fighters meet in the center of the Octagon with a flurry from both men. Caraway throwing the right hand early in round one. Munhoz with a fast one-two in retaliation. Caraway carrying his hands low as he moved forward and lands some big shots. Munhoz lands a hard left jab followed by a right hand. Caraway shoots for a takedown but Munhoz stuffs it and lands a knee that sends Caraway down. The ref steps in very quickly.