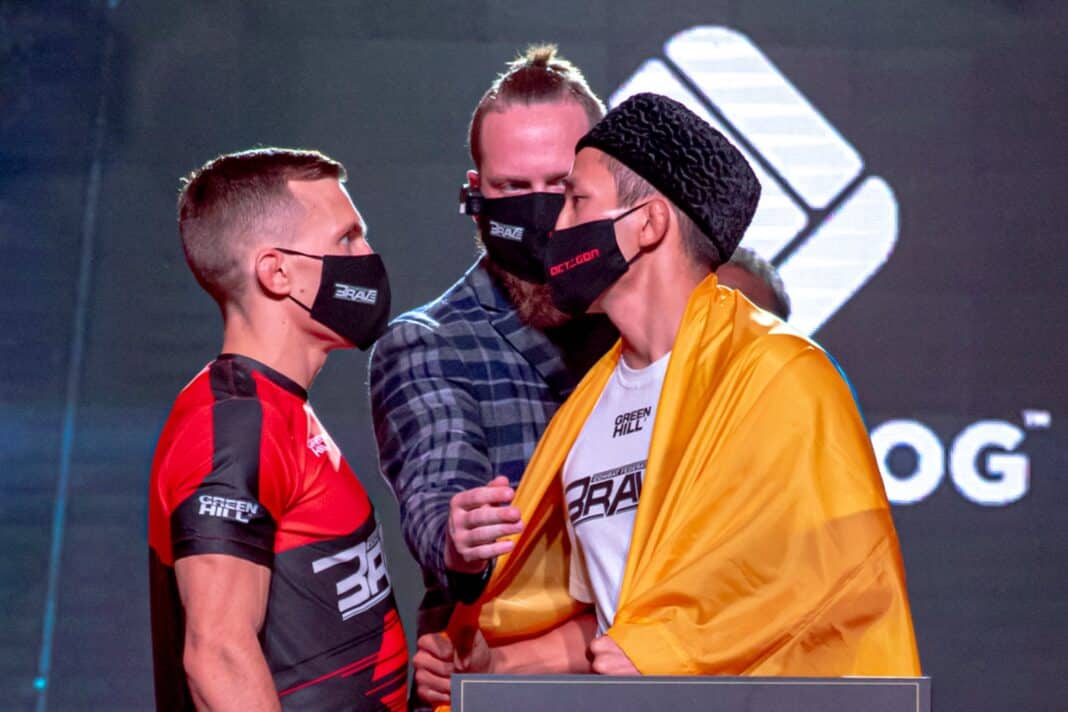 Canada’s Brad “Superman” Katona got his BRAVE CF tenure off to a flying start when he scored a third-round submission victory over the undefeated Borislav Nikolic at BRAVE CF 50.

Now the 29-year-old is looking to book himself a shot at the vacant BRAVE CF Bantamweight Championship with a win over Russia’s Bair Shtepin at BRAVE CF 53. The bout will go down on Saturday, August 21, in Almaty, Kazakhstan.

The winner is likely to face off against the highly-regarded Dagestani, Gamzat Magomedov in a title bout. Katona knows this weekend, his professional fate is literally in his own hands.

“One thing I have control over is making sure that I am undeniable and I am fighting for the title against anyone. That’s in my control, and that’s what I am focusing on.”

Katona rose to fame after winning The Ultimate Fighter 27 back in 2018. He followed that accomplishment up with a win at UFC 231, where he defeated Matthew Lopez. However, a pair of losses saw him part ways with the UFC. The SBG fighter’s sole focus is now on capturing BRAVE CF gold.

“For me, it’s a big fight. This fight will bring me closer to the title. He’s an experienced and strong fighter. If I defeat my opponent, I will rise in the world rankings. I hope they’ll give me a title fight afterward,” Katona said in the lead-up to his bout with Shtepin.

“I am faster than him[Shtepin]. My speed will be my advantage over him come fight night. I don’t think he will be able to handle that.”

How do you see this fight going down?